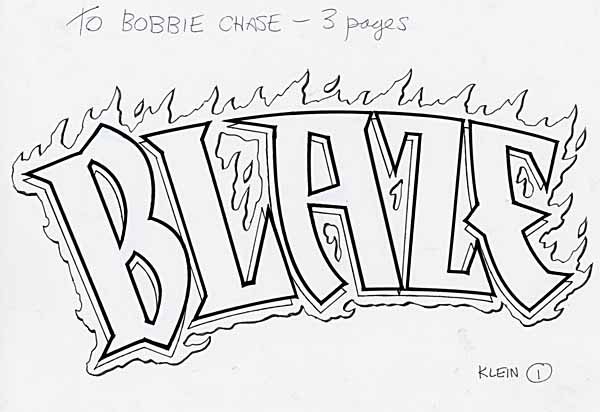 This and following images © Marvel.

In 1994 I was asked by Bobbie Chase at Marvel to submit ideas for a Blaze logo. This was to be a spin-off from theIr GHOST RIDER series, and its main character Johnny Blaze. 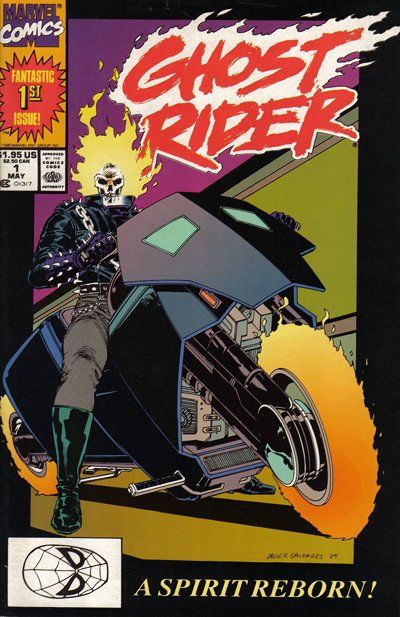 I liked the logo of that series, though I don’t know who designed it, and I thought I would follow its lead as far as having flames around the letters. My first marker sketch used letters that were similar to others I’d used on Marvel logos at the time with lots of sharp points. Marvel liked that. 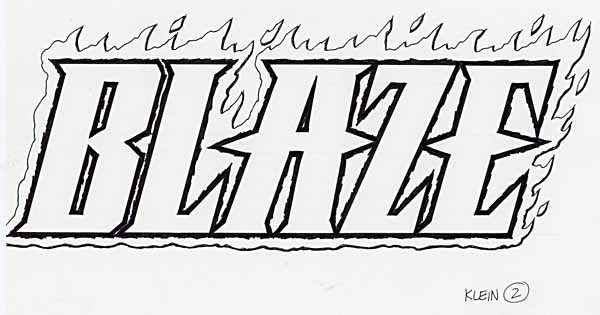 My second sketch used somewhat similar letters, this time without the arc and slanted to the right. No drop shadow, just a heavy rough edge around them. 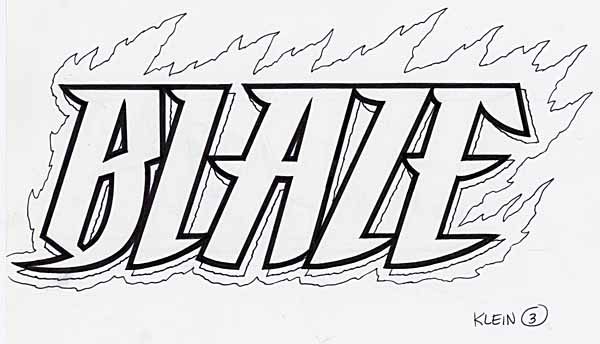 My third sketch used the same idea but going back to more curved shapes and an open drop shadow. I submitted these sketches, but Marvel did not go with any of them. I would have been paid a kill fee, and that was the end of my involvement. 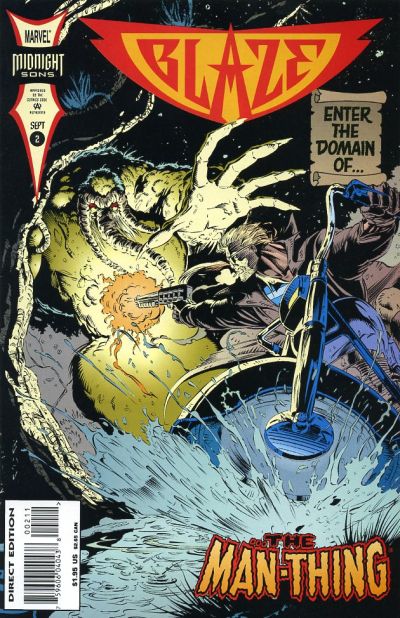 The final logo (designer unknown to me) used a symmetrical design with only a very stylized suggestion of flames at either end. Some of the letter forms are similar to mine. 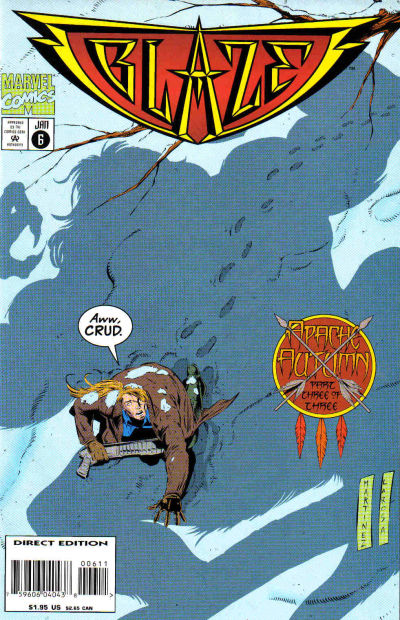 A more complex version with bevels appeared on some issues, and I suspect this was the original final design that was simplified for the one above. The bevels add dimensionality, but remove any hint of flames from the framing device. It’s an interesting design, maybe a bit hard to read. 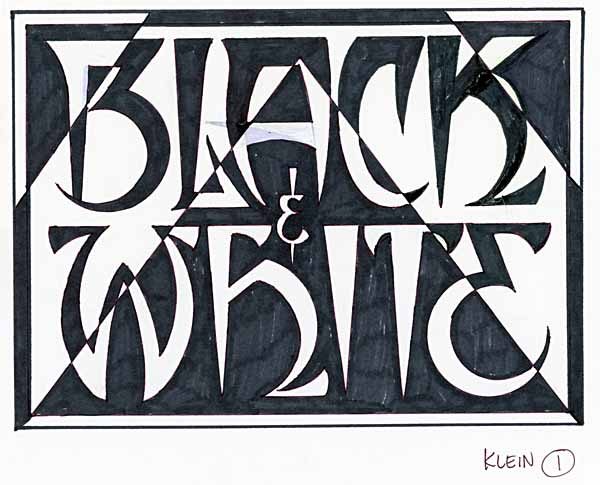 This and following images © Art Thibert.

Also in 1994 I was contacted by writer/artist Art Thibert who was preparing a miniseries to be published by Image Comics. I don’t recall the details, or whether he supplied me with ideas or suggestions. The comic was to be a superheroic team of opposites, a bulky man in black with a slim woman in white. I had way too much fun playing around with the visual contrasts of the opposite colors. This design was clever, but rather hard to read and not very appropriate for superheroes. 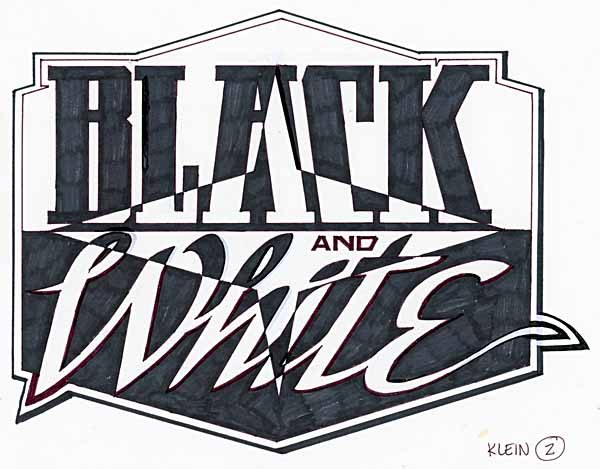 If anything, this marker sketch is even harder to read, and much too clever for its own good. 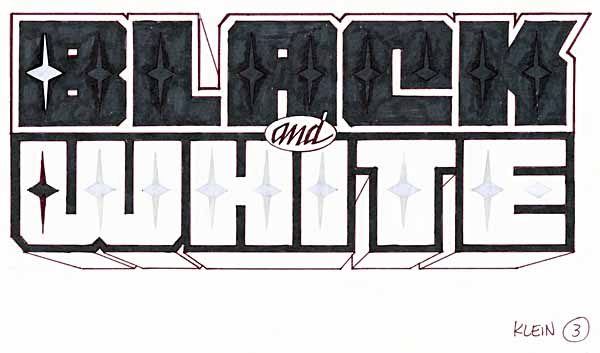 Version 3 is a more sensible approach, and one that I think could have worked. You can see where I had put in more star-shapes in all the letters, but thought better of it and covered them up except for the first one in each word. Art Thibert was not happy with any of these designs, and decided to go another way. 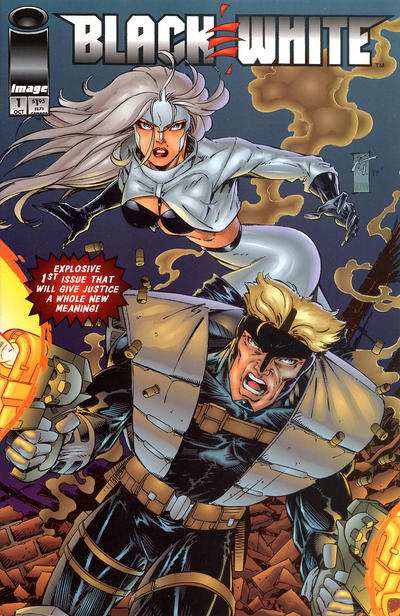 The final logo, designer unknown to me, used simpler block letters, not too different from my version 3, in a straight line with a cryptic ampersand for “and.” It’s certainly easy to read and appropriate for a superhero comic.