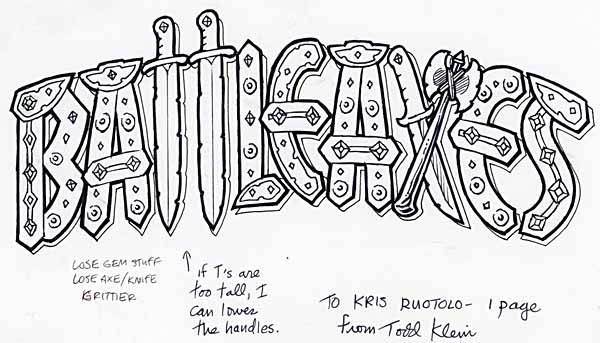 In early 2000 I was asked by DC to create a logo design for BATTLEAXES, an upcoming miniseries from Vertigo. Here’s my initial idea, playing heavily on medieval ornaments and actual weapons as letters. My note about the double T addresses the concern that they might stick up too far, and could be lowered. My note at the left is from a phone conversation about the logo and requested changes: lose the gem stuff, and lose the axe/knife in the letter X. 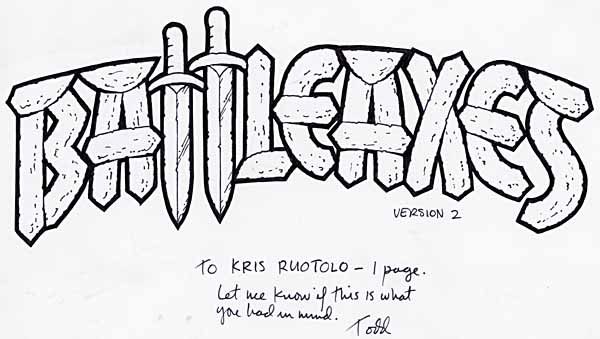 I think I was also told to make it rougher overall, and that’s another thing I did in this second version. Except for the two swords, these letters might have been made of rough-hewn stone. This was closer to what they wanted, but I was asked to leave out any texture in the letters and perhaps make them a little less rough.

I drew and inked this version on vellum, probably lying over the second version above, simplifying and adjusting as I worked. I did heavier outlines on just the first two letters to see how they would look, but planned to do most of that on my Apple computer. I scanned this drawing, and traced it in Adobe Illustrator.

Here’s the result. I would have just traced the inner edges of the letters. The thick outline was created by putting a copy of those outlines behind and adding a thicker stroke to the shapes.

One more version was requested with the center horizontal pieces angled. I don’t have a version marked final, but this seems to be it. 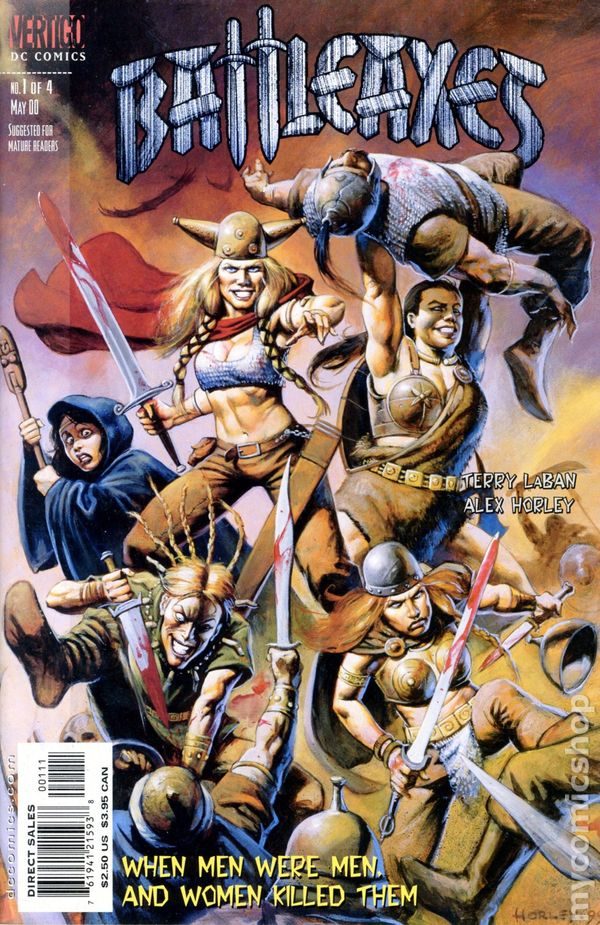 The printed version of the logo has lots of texture added in Photoshop, and there are some minor changes to the letter shapes. Most obviously, the center piece of each E has been lowered a bit. This was probably done by cover artist Alex Horley when he put the logo on the cover. Different colors were used in the logo texture for each issue. I think it looks fine. A fun one to work on, even if they didn’t go for all of my elaborate ideas!