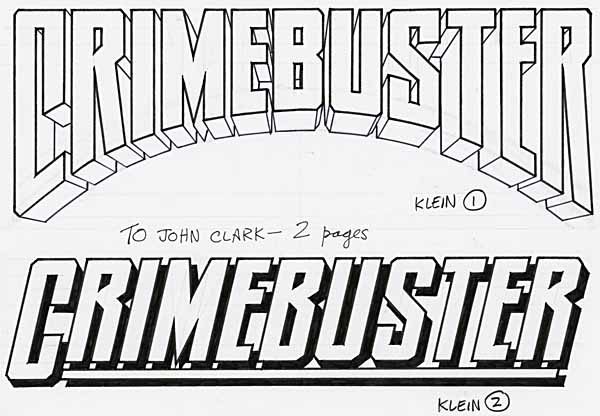 In 1994 I was asked by John Clark at Gladstone Comics to design a new logo for the 1940s crime fighter Crimebuster. Apparently they were planning on either a new series of stories or reprints, I don’t recall which. These are the first two marker sketches I submitted, after getting direction that they wanted something classic and using block letters, I think. Version 1 uses a lot of space, so I didn’t expect they would want it, but I enjoyed drawing it. 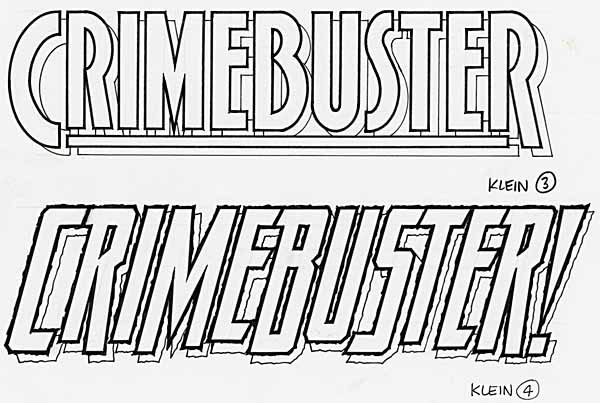 Versions 3 and 4 were more versions based on story logos I found for the character’s appearances in BOY COMICS. Version 4 gives it a more modern rough edge and exclamation point to add interest.

They liked version 4 best, but wanted to see it without the rough edge, and with the exclamation point separate so they could use it with or without. This was the final sketch that was okayed to do the final version, with a few notes from me on minor revisions.

Here’s the final logo, traced over the previous sketch on Denril plastic vellum. I made the front outlines a little bolder like version 4, but without the rough edge, and made minor adjustments here and there.

As far as I know, this was never used on a printed comic. I don’t know why the project was cancelled.

2 thoughts on “Pulled From My Files #65: CRIMEBUSTER LOGO”