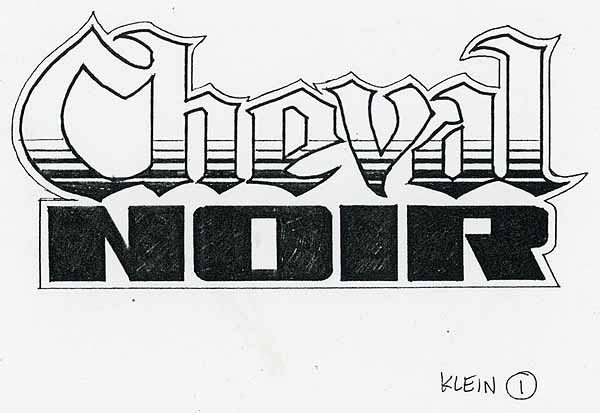 I have only a few sketches and no final logo for this assignment from 1989, though my records show I was paid for two different versions of this anthology logo, which of course is “Dark Horse” in French. This version gets pretty fancy with CHEVAL.

I like this sketch, especially the white highlights in the black. It would have left lots of room for cover art. Neither of these were chosen, and I must have done more sketches after talking to Randy Stradley at Dark Horse. I have only one of those, which is not numbered:

This one was chosen, but the word CHEVAL does not match any printed version, and the diamond background shape was not used. 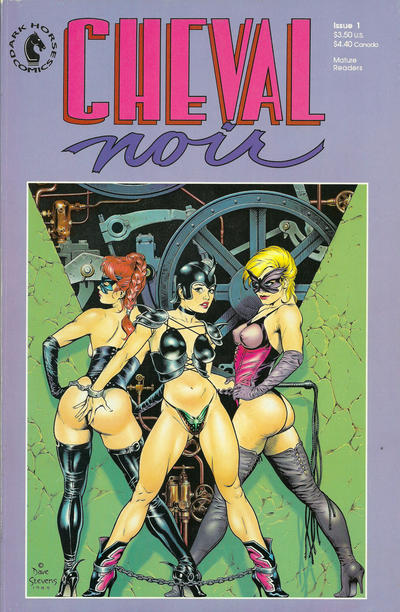 The first issue had this logo. This CHEVAL looks like something I might have done, so perhaps this is one of the final versions. 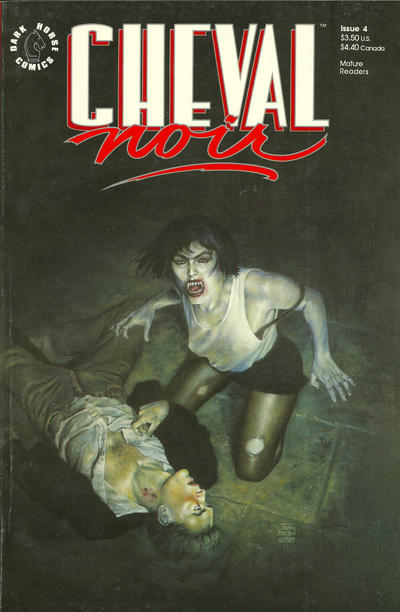 The underline was used on some issues, #4 being the first. Very effective color scheme on this one. 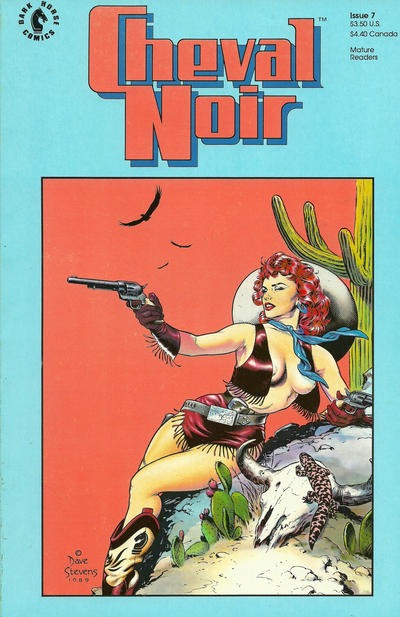 This logo was used only on issue 7, and again, looks like something I might have done. It’s probably the second one chosen by Dark Horse. I love the Dave Stevens covers shown here, who would even give the logo a second glance compared with them?