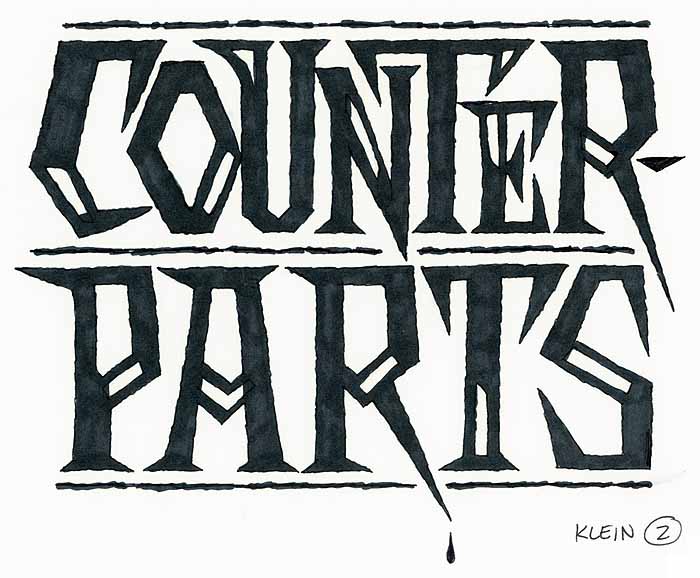 In 1992 I was asked by Tundra to submit designs for a somewhat humorous horror title, COUNTERPARTS. I have only this one marker sketch remaining. They liked it, as did I, and I drew up and sent them a final version that looked exactly like this. 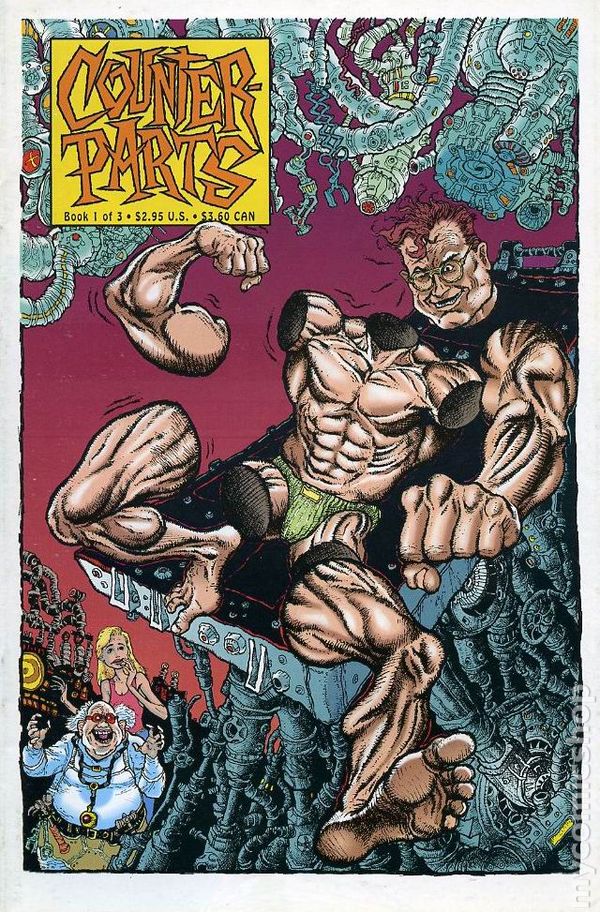 When I looked up the printed comic today, I found a very different logo on it. This also looks like something I might have done, but I can’t be sure, and I have no sketches or record of it. Perhaps this was another sketch and they decided to go with it instead of the first one they okayed.

I have no idea who this was done for or exactly when, but probably some time around 1986-87. I have a vague memory that it was for a small American publisher who had rights to reprint Judge Dredd stories originally in 2000 AD in Britain. That sounds like Quality Publications, but if I did this for them, they went another way with the logo. Looking at it now, this is hard to read, and the original Judge Dredd logo is much better.

Another one I have no idea about. I have only two hand-drawn marker sketches. This one has a note: “This could be heavier for better reproduction.” Ya think?

This one is at least a little easier to read, but not much. In any case, as far as I can tell, there was never a comic published with this name, though it’s not a bad one.

More articles like this can be found in the PULLED FROM MY FILES topic in the right banner of my blog.