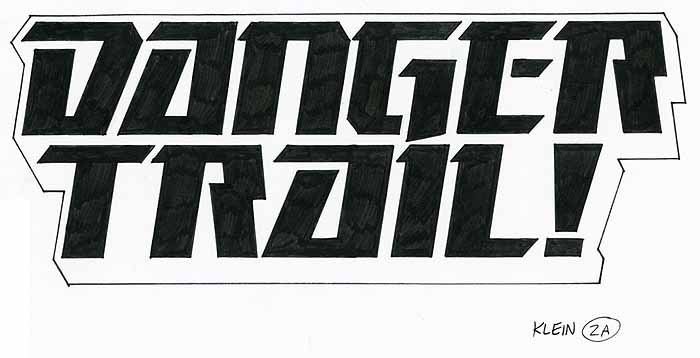 In 1992 I was asked by DC to create a logo for a new version of DANGER TRAIL, based on the original short-lived series from the 1950s. This is the only marker sketch I still have, out of at least three. I felt it hit the right modern note. DC did too, and gave me the okay to take this one to final.

That final, inked on Denril plastic vellum, is identical to the sketch, but with the edges and corners done more carefully. 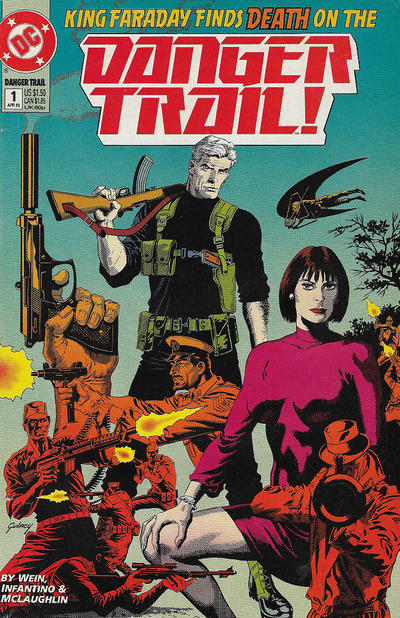 Here’s the first issue printed, with the logo looking great in red. Sadly, the relaunch did not last long. 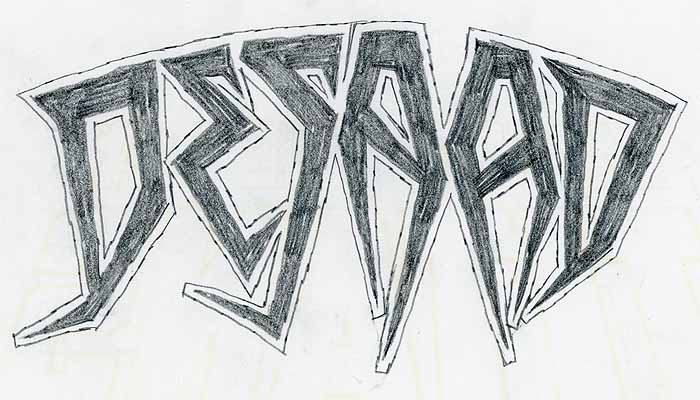 In the early 1980s, DC prepared character logos for this and other Jack Kirby creations to be used on a line of Superpowers toys from Kenner. I did some and so did Gaspar Saladino. This pencil sketch was not approved, and the assignment went to Gaspar, who did a fine job with it, as always. 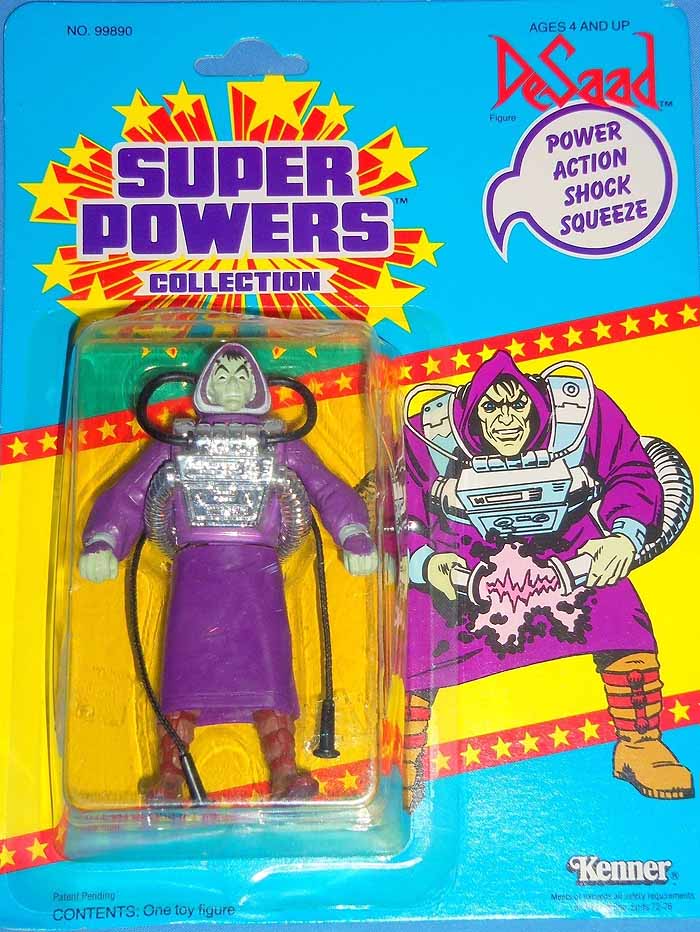 Here’s the toy package with Gaspar’s logo much too small, but there you go. 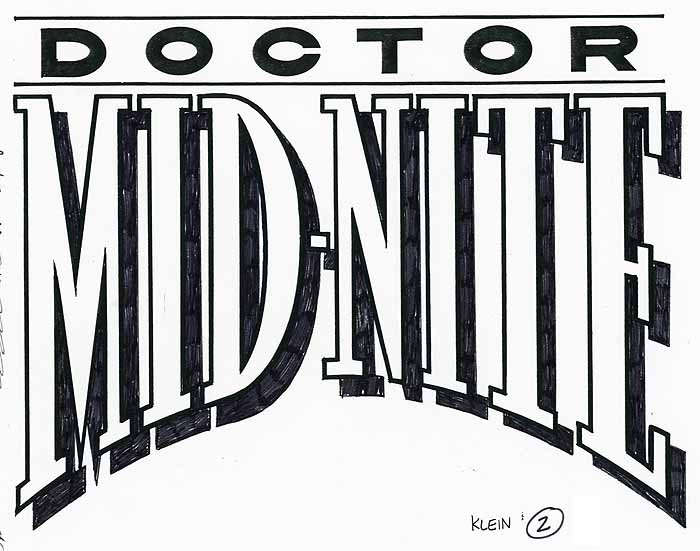 Here’s a logo design that took years to finish because the artist took years to produce the art for the project. I think I did this marker sketch around 1994. The character is from the 1940s, and a period feel is what they were after, as I recall. 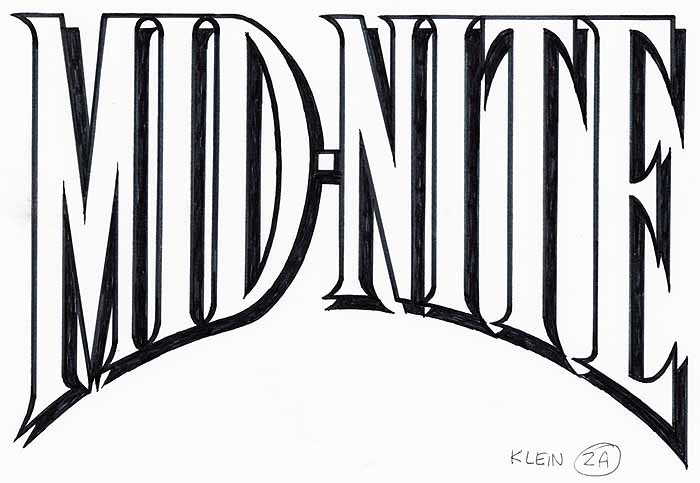 Here’s another sketch, probably suggested by DC, using the same shape for MID-NITE but with pointed serifs rather than slab serifs, as seen above. 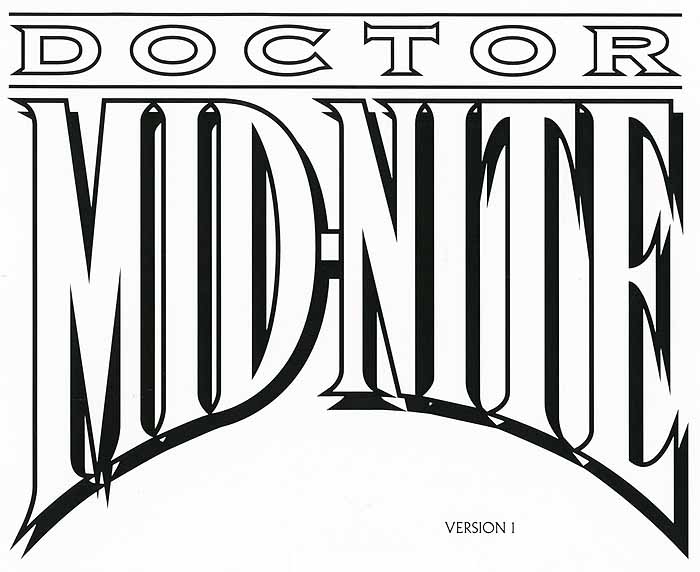 Years later, in 1999, I did up this digital version for the mini-series, which was finally ready to publish. The art director had some issues with the drop-shadow, which is uneven. 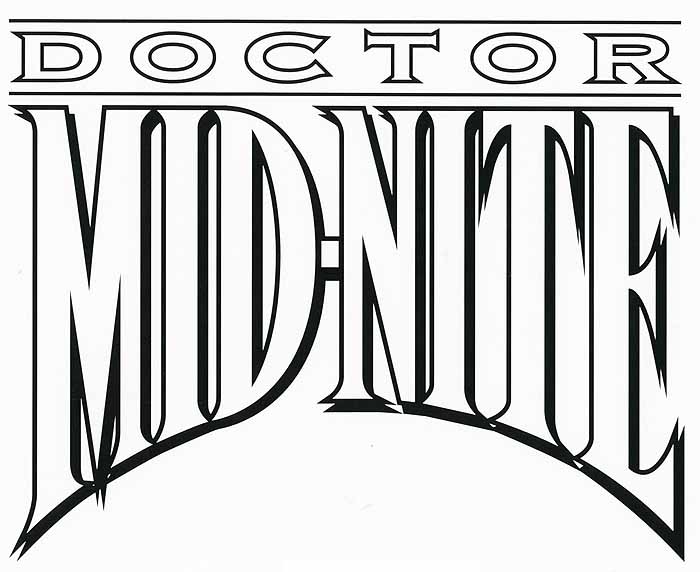 This version was my fix for that, and I believe what I sent in as the final logo. 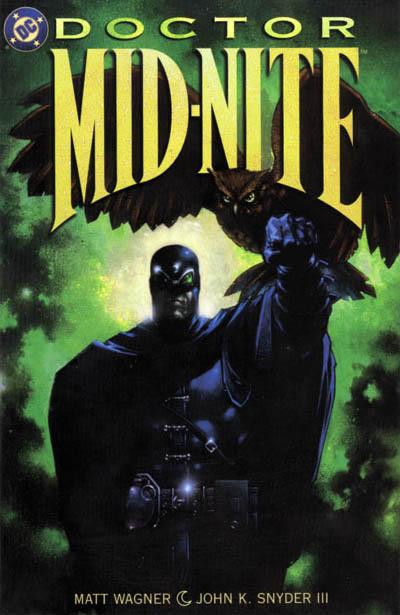 On the printed version the horizontal bars around DOCTOR have been dripped, and both words have a drop shadow that falls in a different direction from mine, but otherwise it’s what I gave them. I’m not fond of this logo today, it’s too tall for one thing, and the letters seem inconsistent. It was nice to finally get paid for the work I did years earlier, though!

Other articles in this series can be found in the “Pulled From My Files” topic on the right side of my blog page. More when I have time.