In 1989 I was asked by DC to design logos for a new series, HAWKWORLD, and a matching one for HAWKMAN. I took inspiration from the Ira Schnapp logo, above, that first appeared in the 1960s, not sure if that was completely my idea, or suggested by the editor. I love this logo, so it was fun to come up with a modern variation.

I have three marker sketches in my files. I decided to keep the serifs at the top of the letters from the original logo, then have the vertical strokes narrow as they went down to a bevel that added depth.

Here’s HAWKWORLD in the same style.

The other sketch is the same logo with a gentle arc, and I tinted it with colored pencils to give an idea of how color might bring out the depth of the bevels. I suspect this was my first idea, and the straight-across ones came after. In any case, they preferred the straight version, and it went to final.

Here’s HAWKWORLD inked on plastic vellum over the sketch, I don’t see any changes.

And the final version of Hawkman. I think this was a fun and relatively easy assignment for me based on the fact that I still like these logos, and there are few variations and no changes from sketch to final. 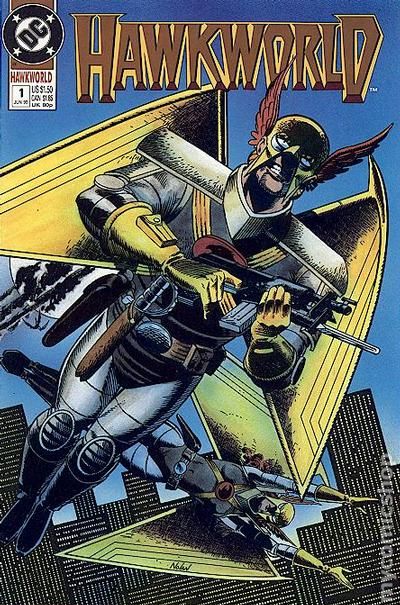 The new HAWKMAN series began in 1990. The logo looks okay, but I don’t care for the color choices on this issue. Others worked better. 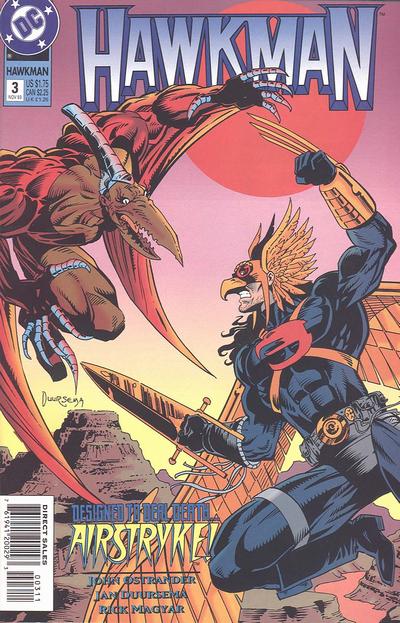 HAWKMAN as a separate title began in 1994. Again, not loving these color choices, and the logo was often partially covered, but that’s comics for ya. 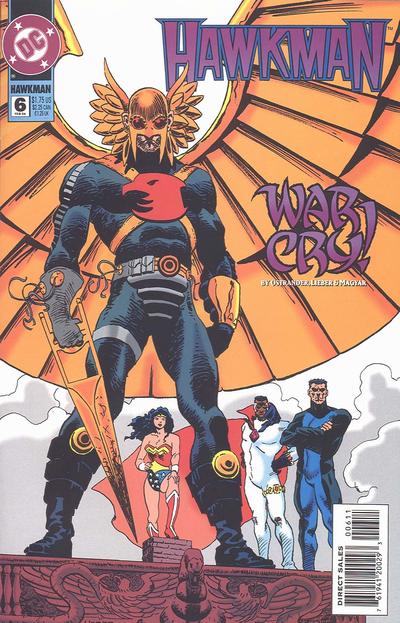 With issue 6, a version without the bevels, just an evenly-distant outline around the letters began. I don’t recall if I did this version, but I probably did. One advantage was that it was a little less tall, but as you can see on this cover, still not always easy to fit into the cover art. The art by Steve Lieber and Rick Magyar is great, though, so who cares about the small logo? Not me.

Other posts in this series can be found in the “Pulled From My Files” topic on the right side of the blog page. More when I have time.