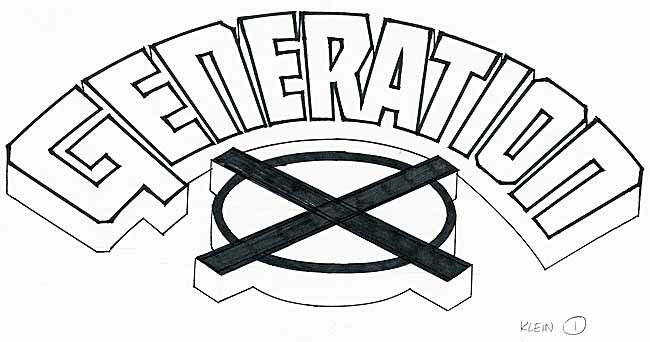 In 1994 I was asked by editor Lisa Patrick at Marvel to design a logo for a new X-Men title. They were expanding like crazy at the time, but I thought this was a clever use of the common phrase meant to suggest young people of a certain age. My first marker sketch is one I still like today, though the perspective is a bit odd. The X recedes more at the top than GENERATION. 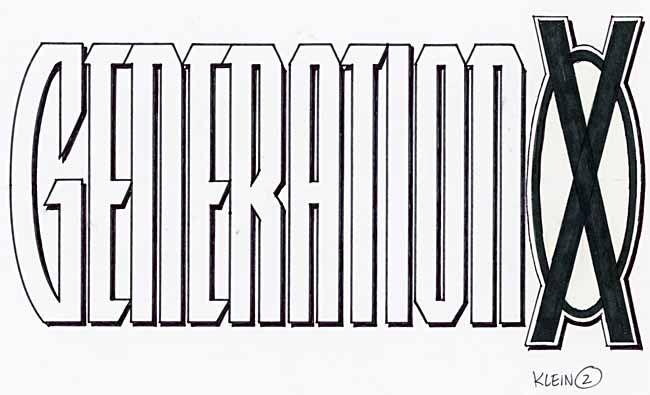 My second marker sketch should look familiar, it’s the one they chose. I find the letters of GENERATION too tall, and with too many vertical strokes, making it hard to read, but there you go. Marvel was big on vertically stretched logos at the time. 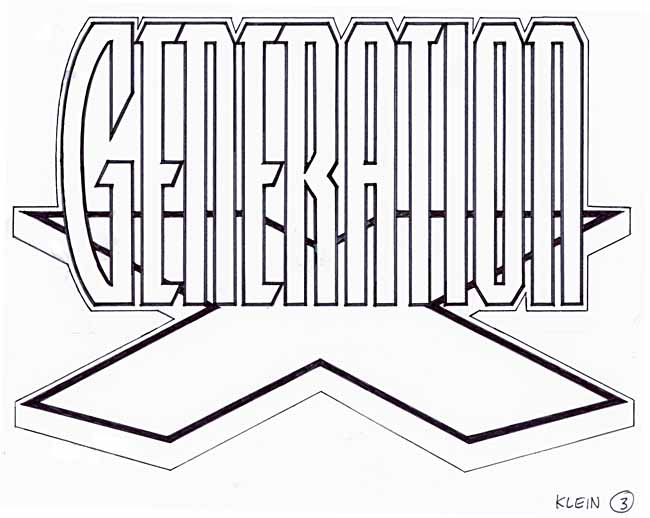 Here’s the GENERATION from version 2 over a large X that has just fallen backward, dead as a doornail. 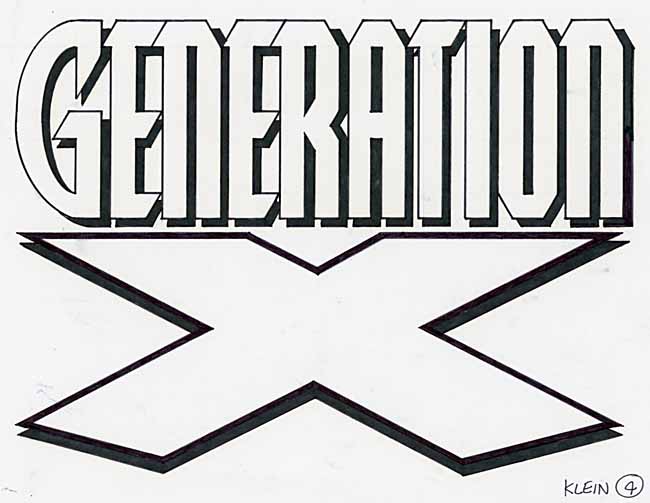 Version 4 uses a more readable version of GENERATION over the same sort of giant X with the top edges trimmed. Is the X leaning backwards or not? You decide. 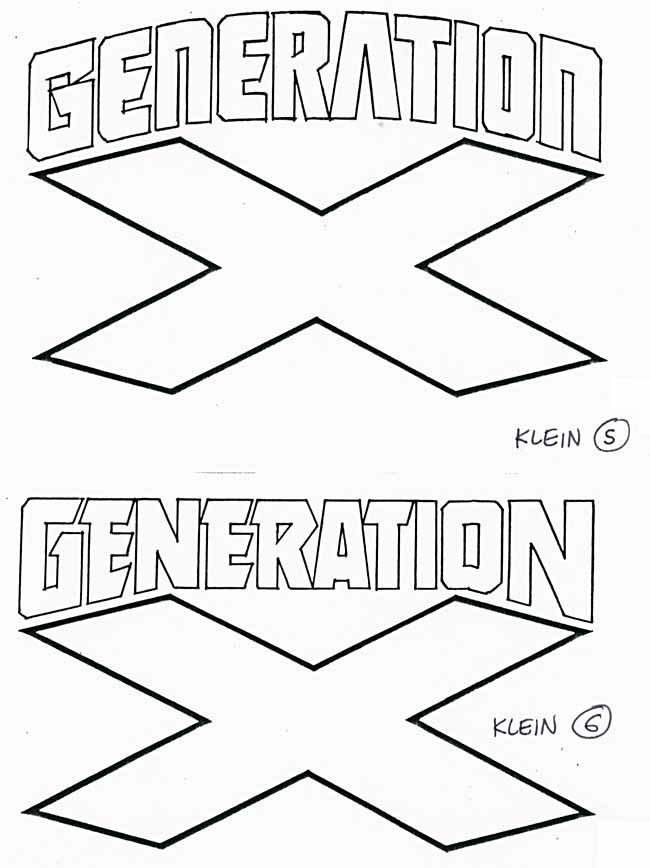 They must have liked this giant X, as they asked for more versions using it. the arc on version 5 works better, I think. 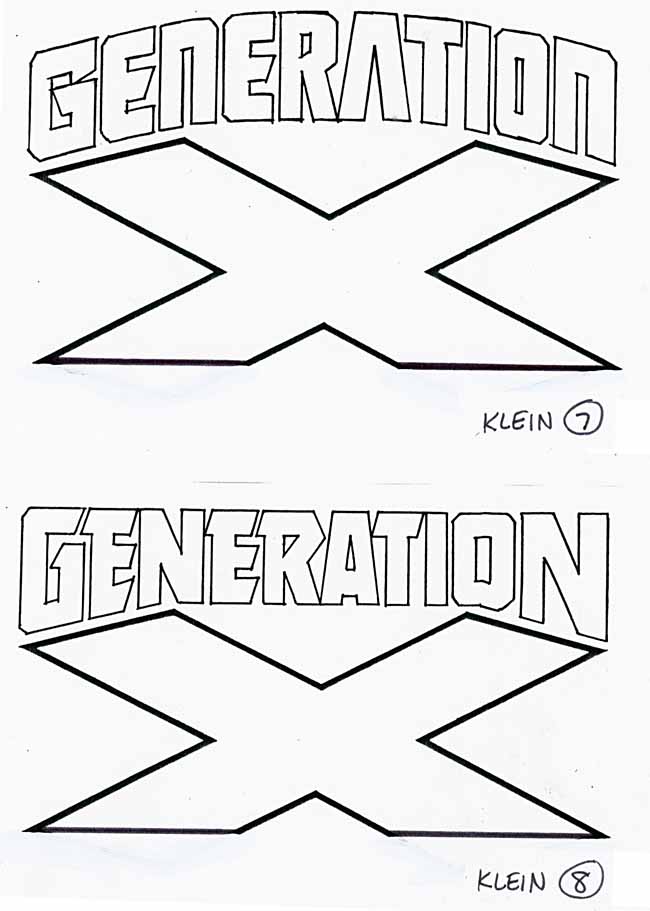 And these two use the same image above, which I photocopied, then made the bottom edges of the X horizontal with white paint and marker. Unfortunately, it ruins the balance, and these are the worst versions, in my opinion. 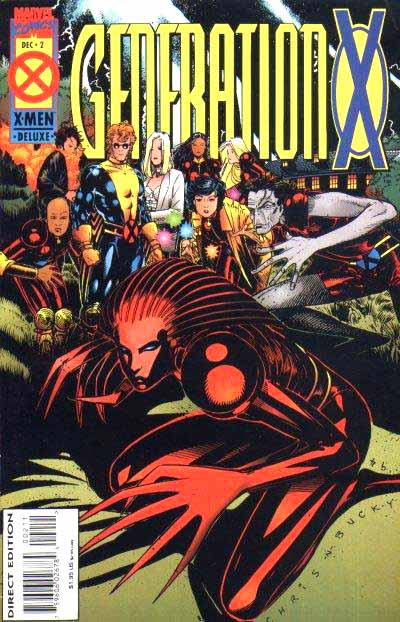 As I said, version 2 was chosen, and here it is on an early cover, with character heads making it even harder to read. Fans didn’t care, they bought it anyway, and the book was a hit, as I recall.

More articles in this series can be found in the “Pulled From My Files” topic on the right side of this page. Others you might enjoy are on the Logo Links page. I’ll continue when I have time.