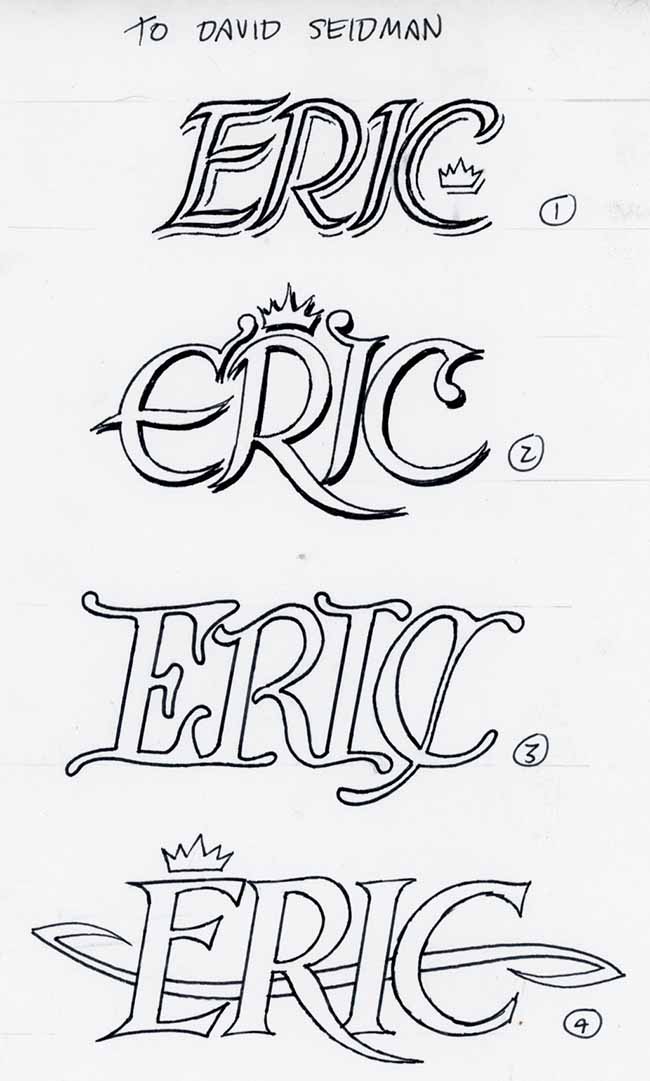 In 1991 I was asked by Disney Comics to design some character logos for stories in their LITTLE MERMAID title, this being one of them. Prince Eric needed something a bit regal but still relating to an animated art style. Of these four versions, I happen to like 2 best. 3 is hard to read, and too gloppy. The others are okay.

Version 4 was chosen, minus the crown. The points on the serifs and elsewhere are purposely chopped off. In this case, pointy was not wanted. 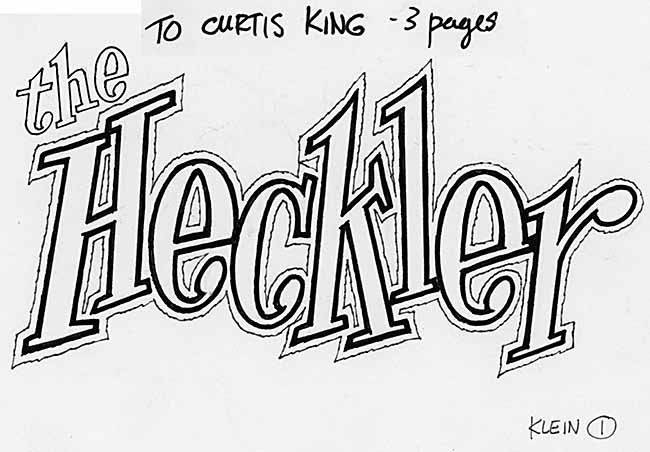 Also in 1991, I was asked by DC to design a logo for a new Keith Giffen title. I think the hope was that it be as popular as AMBUSH BUG, but it did not do nearly as well. The name didn’t help, who likes hecklers, after all? My approach here was bouncy, almost frenetically so, and using distorted characters from standard type. Heckler images © DC Entertainment. 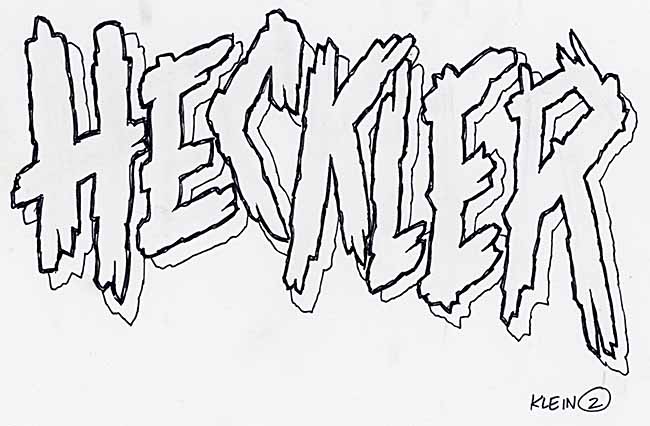 This is the least successful sketch. I probably made it by scribbling out the letters with a marker or dull pencil, then tracing around those shapes. It didn’t work well, and almost looks like a design appropriate for Clayface.

This third sketch is one I still like. It follows the plan of sketch 1, but using all capital letters. These characters are not as distorted, but just as jumbled. 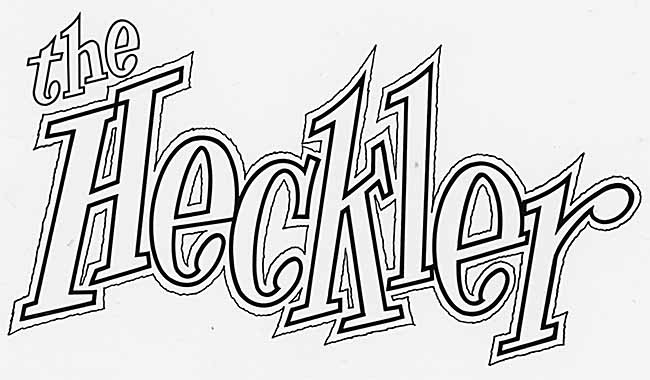 Version 1 was chosen, here’s the final logo drawn on plastic vellum. I like it as a logo design, still dislike the name itself.