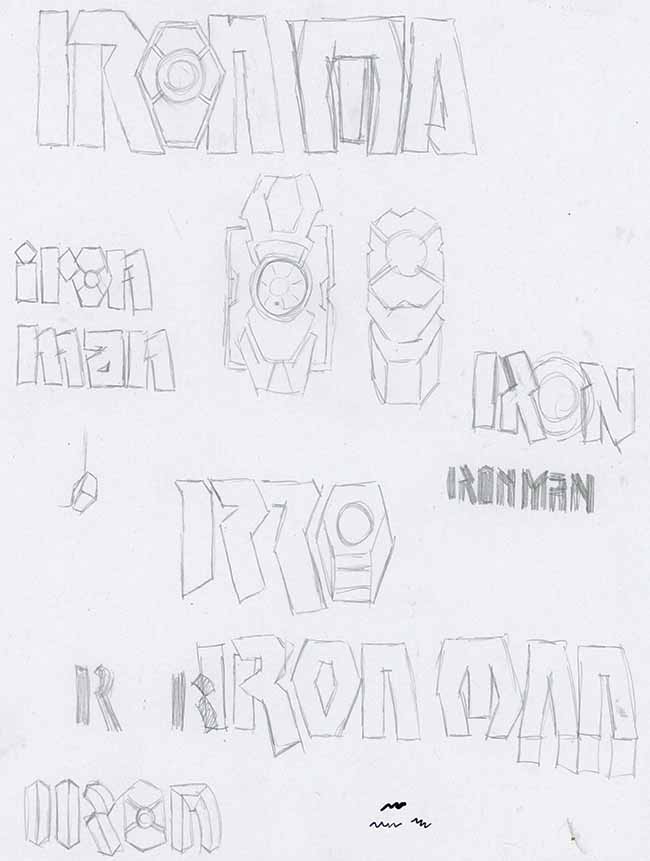 In 2014 I was asked by Marvel to design a new Iron Man cover logo. I began with some thumbnail sketches made while looking at an image of the character’s then-current costume. I kept returning to the idea of making the O in IRON utilize the glowing power source on the character’s chest, perhaps also using some of the armor features around it. 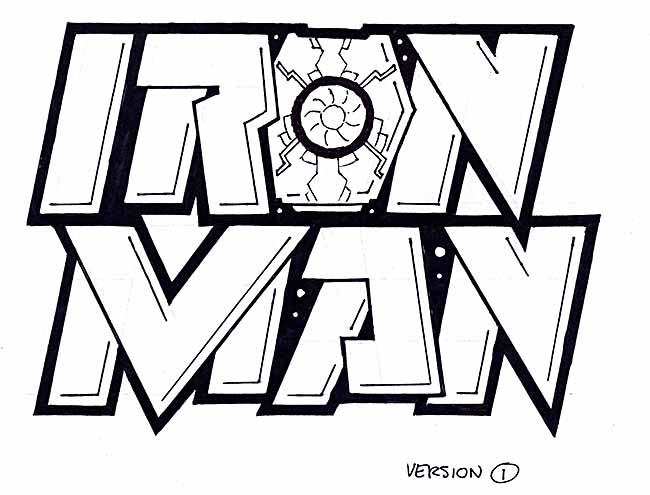 My first marker sketch went a bit too far with that, the O is too busy, but it does read okay. 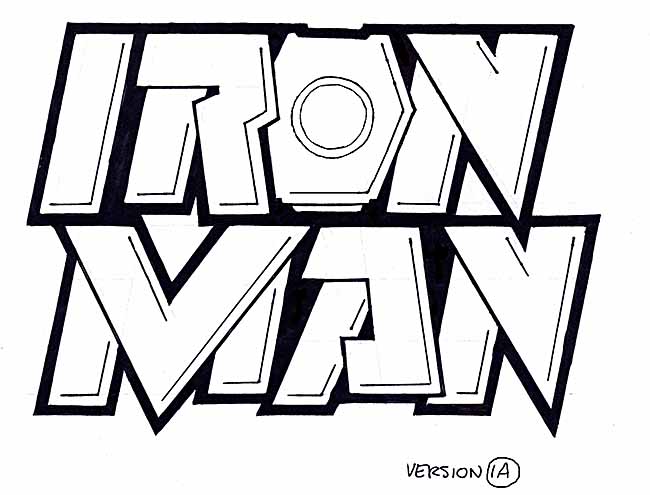 And a one-line version if the two-line one was deemed to tall, which it might well be.

Version 2 used a taller one-line version that saved space by trimming parts of the I and O, and broke up the other letters in a stencil look. It’s now getting iffy as far as readability.

This version made the I and M taller, but did not really improve the readability of IRON.

My third idea took a step back toward a more traditional iron plate look. 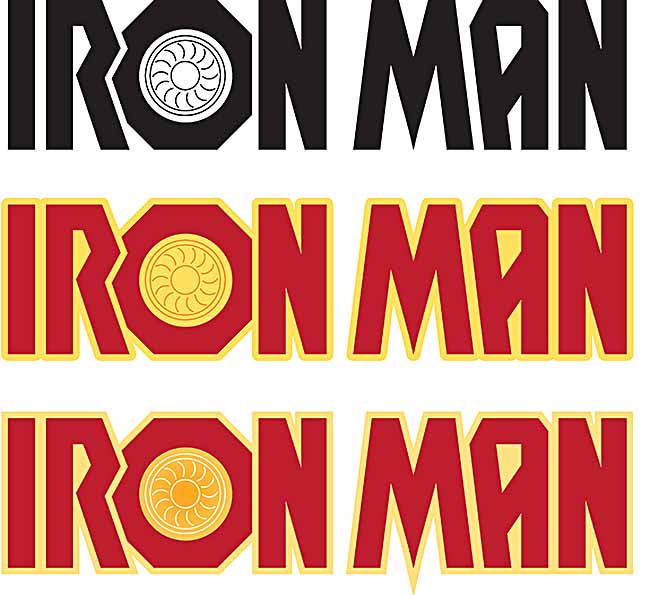 Marvel liked version 2 best, but asked for the R and O of IRON to be more complete for readability, and for the stencil effect to be removed. This is the final version, with two color versions as samples. 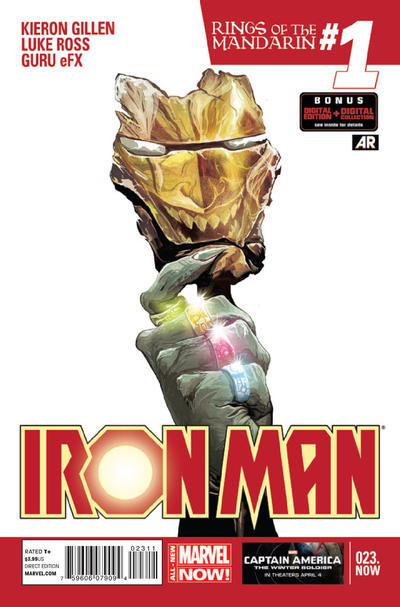 The printed logo made the power source in the O simply a white glow, which I think actually looks better than what I did. I’m pretty happy with the result. It did not last long, though, and was replaced with another new logo a year or two later.