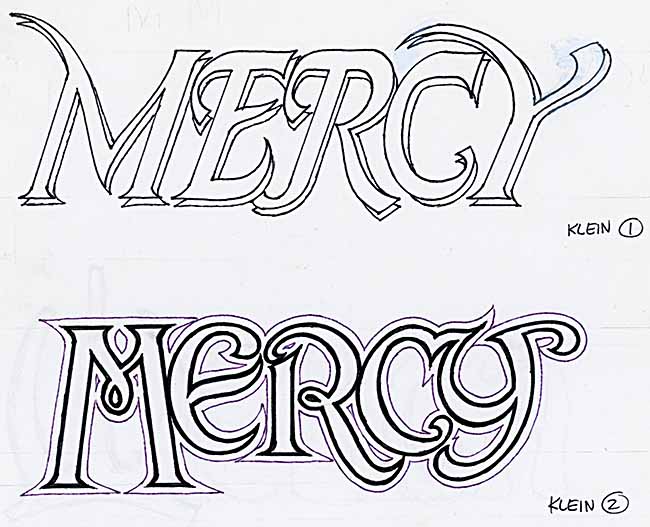 In 1990 Disney pulled their comics license from Arizona publisher Gladstone Comics and began creating comics using their characters such as Donald Duck and Mickey Mouse themselves for the first time in their history. In 1991 I received a call from comics editor Art Young, who I had worked with at DC on their pre-Vertigo titles such as SWAMP THING. Art had been hired by Disney to put together a line of mature-reader titles similar to what he’d worked on at DC, and he wanted me to design some logos for him, which I was happy to do. First I designed a logo for the overall line, Touchmark, which I’ve written about HERE.

Then I designed logos for the three initial Touchmark titles. After a year or so, Disney pulled the plug on the project, probably because they saw it didn’t fit well with the rest of their output, comics and otherwise. In 1993, Art Young brought the projects to DC, who published them in the now-active Vertigo line. Two, ENIGMA and SEBASTIAN O used the logos I’d already designed. The third, MERCY, used a new typeset logo. This post shows the logo designs I did for the project, the first two are above. I felt the story by J.M. DeMatteis and Paul Johnson would look good with a calligraphic logo style, and that’s where I started. 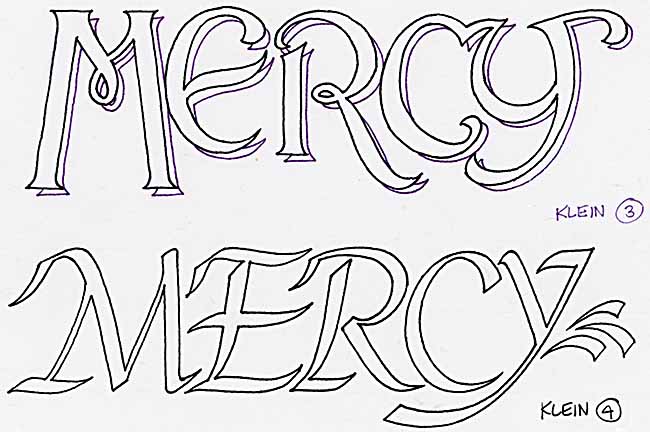 Two more similar approaches, with version 3 being a different approach to the style of version 2. 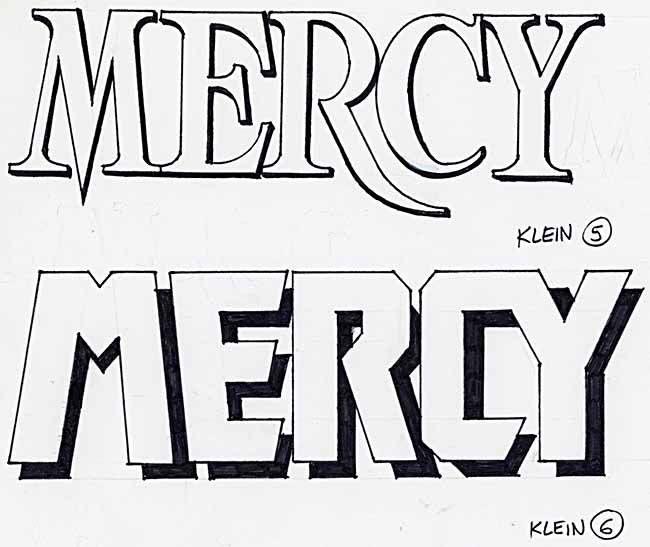 These designs move away from the calligraphic look, perhaps at Art Young’s suggestion. Version 5 is a more standard serif type look, but with my own style points like the unconnected loop of the R and long lower right stroke. Version 6 is a more typical comics look with block letters. 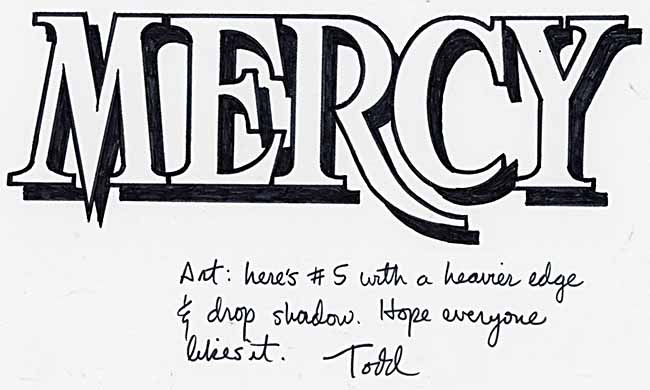 The choice was version 5 with a much heavier drop shadow, and that was accepted as the final design. I don’t have a copy of the final logo, but it was just like this. 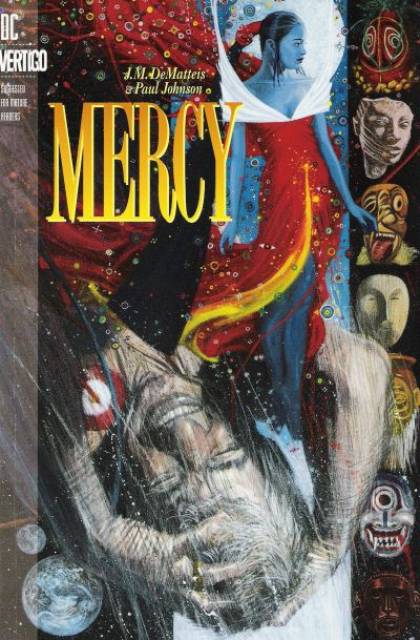 When the book came out from Vertigo, it had a type logo that is somewhat similar to my design, but much narrower and taller. It works fine, though I would have moved it away from the figure.

Other articles like this can be found in the “Pulled From My Files” topic on the right column of this blog, and on the LOGO LINKS page. More when I have time.