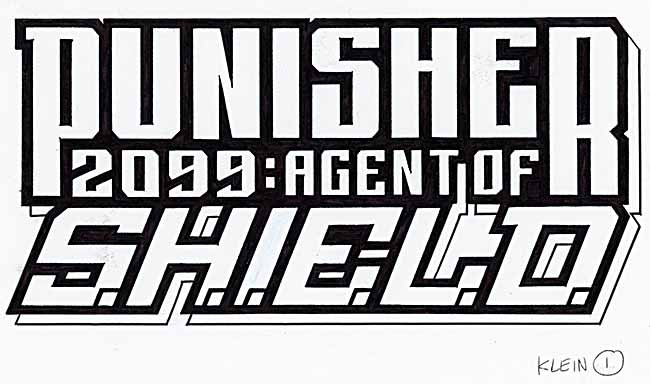 In 1994 I was asked to design a logo with a very long title, as above. I had already designed the 2099 seen here, and this existing title was scheduled for a new look. Acronyms (words made of the first letters of a longer name or phrase) that have periods after each letter are always a design problem, and I thought my solution on this one was pretty good. 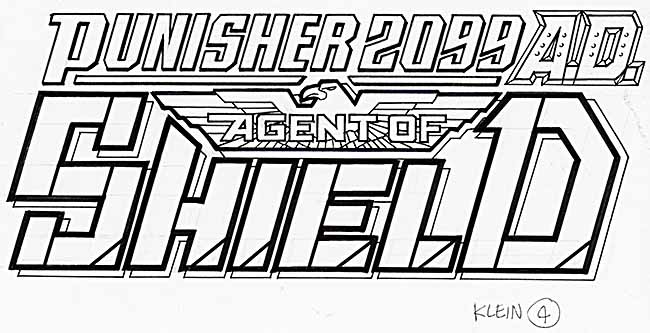 I don’t have marker sketches 2 and 3. This one may have been part of a second round, because now the name is even longer.  The A.D. I had already designed, another acronym, is included. My solution for the periods in S.H.I.E.L.D. on this one I also clever, but harder to recognize. I really like the eagle, but probably didn’t design it, or adapted an existing design. Imagine if the acronyms were written out, you could fill an entire cover with the logo. 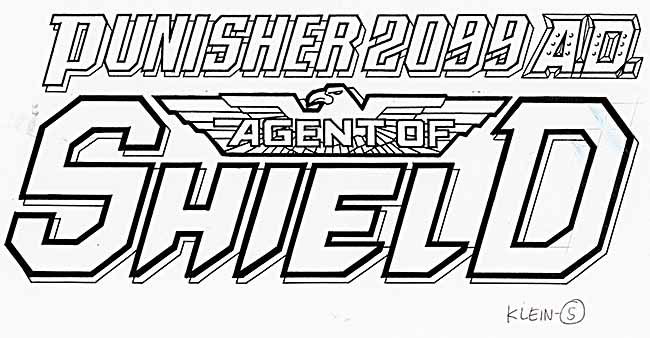 Sketch 5 opens things up a bit, and this was the version they went with. The periods in S.H.I.E.L.D. are gone, thankfully.

Here’s the finished logo in ink on plastic vellum, identical to sketch 5. 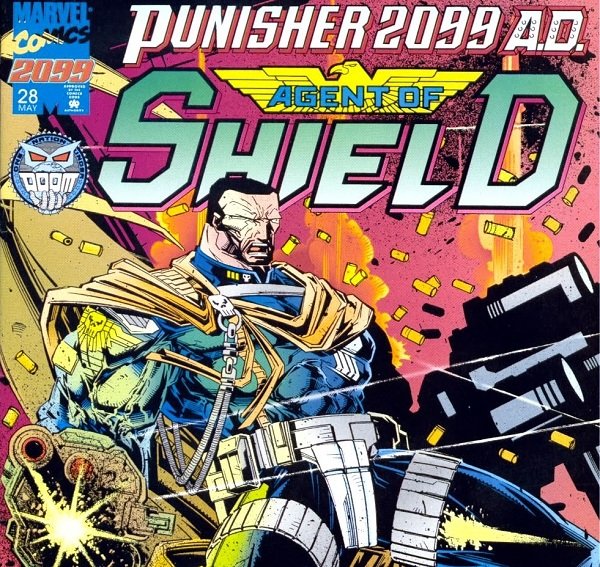 And the way it looked when it first appeared on issue #28 dated May 1995. Too long, too big, but it works reasonably well. It only lasted for five issues, though, making way for a new logo for the last two issues of the book.