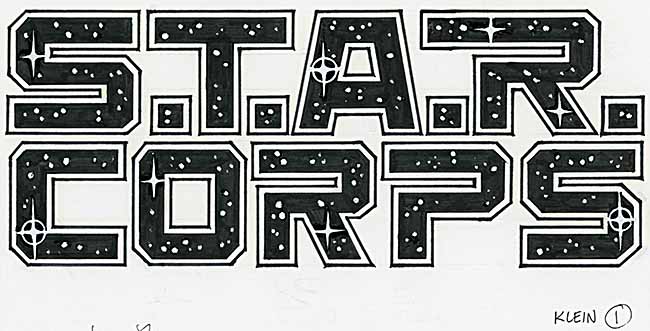 In 1993 I was asked by Curtis King at DC to design a logo for S.T.A.R. CORPS, spinning out of SUPERMAN. Acronyms (words that are abbreviations with each letter standing for another word) are always a pain to design. It’s hard to get the spacing right with a period after each letter. In this case, though, it worked out okay as periods could shelter under the arms of the T and then I just had to extend the R to shelter another one. Block letters with an inline of white and then a starry fill seemed a good way to go. My larger stars are stolen from science fiction artist Kelly Freas, who stole them from fantasy artist Virgil Finlay, by the way. 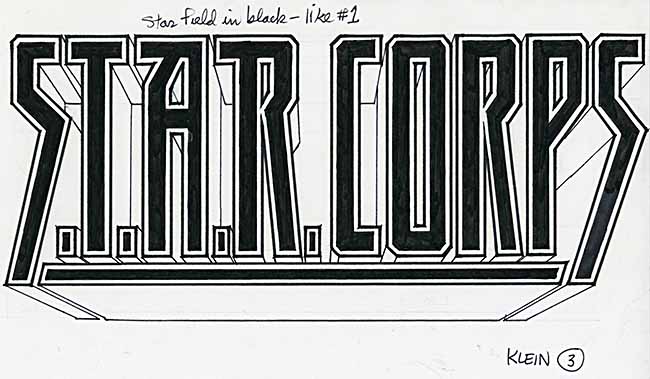 I don’t have marker sketch 2, but sketch 3 puts the word on one line by making the letters tall and narrow, and adds telescoping.

Sketch 4 has wider letters with the center opening of the A and O dropped out, and the periods floating, not a great solution there. 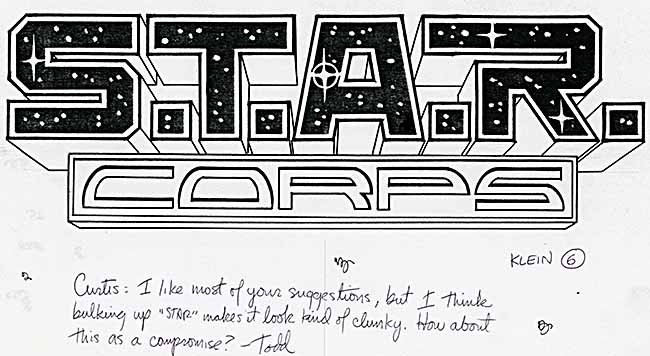 I’m missing sketch 5. Sketch 6 was done in reaction to suggestions from Curtis, as discussed in my note. This is the S.T.A.R. from version 1, which Curtis must have preferred, and a new take on CORPS, plus telescoping.

The final logo on plastic vellum is close to sketch 6, but S.T.A.R. is taller and thicker,and the periods are tucked into the letters more to get them closer together. CORPS is a little larger, but otherwise as in the sketch. 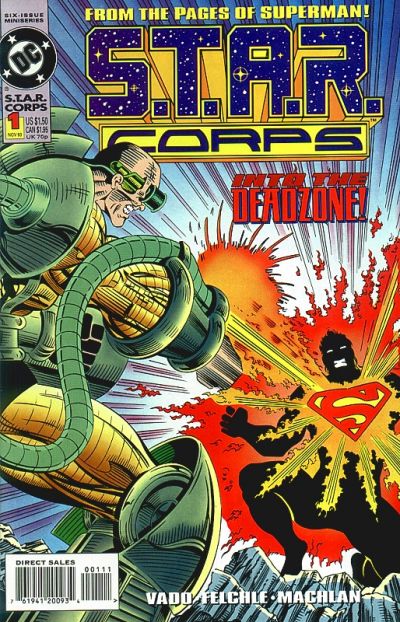 Here’s how it looked on issue #1. The open letters of CORPS have been filled black, which makes it read better, a good idea. For an acronym logo, I think it worked pretty well. 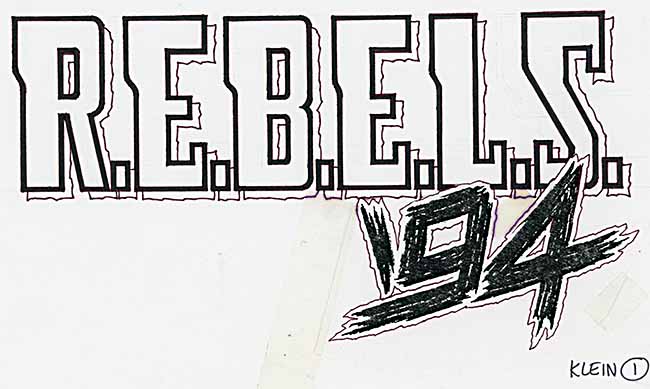 Another acronym logo was requested by Curtis in 1994. This was a spinoff from the acronym logo L.E.G.I.O.N. ’89, which I had designed previously: 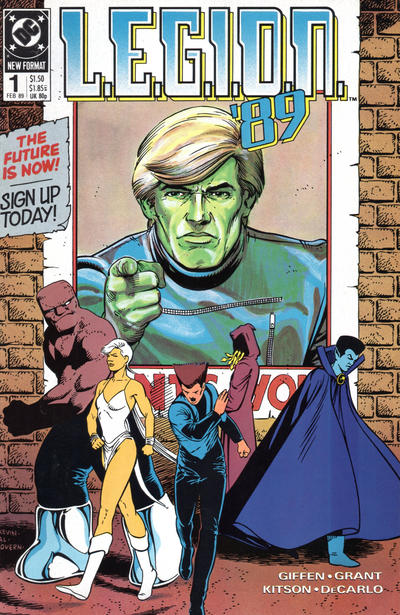 The first marker sketch used that logo as a guide with only the ’94 having a rough, scratchy “rebellious” nature.

Curtis may have suggested that idea was TOO close to L.E.G.I.O.N. and that I should try some rougher versions of R.E.B.E.L.S. The periods are definitely fighting good design on this one. 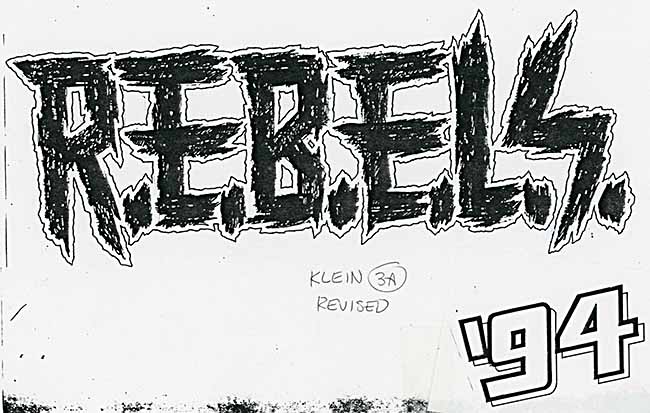 Sketch 3A (revised from 3, which I don’t have) reversed the use of the scratchy look from the numbers in sketch 1, using it on R.E.B.E.L.S. with only the numbers in a more standard block style. The periods fit in better here because the lower legs of the E’s and L are shortened, and the S shape follows a lightning-bolt design. 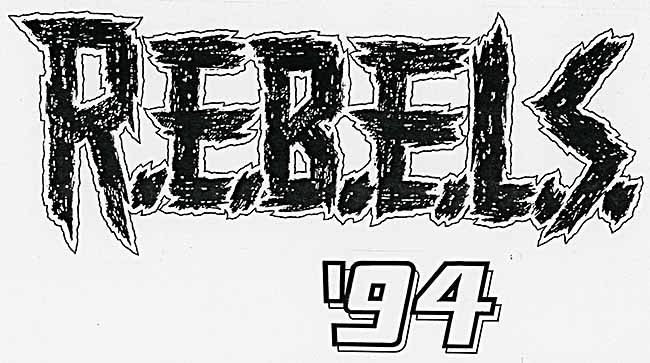 This was approved, and inked on plastic vellum with only the S reworked in a different shape. The ’94 was kept separate to be placed over the rest as wanted, and also in case the book moved into later years, as happened with L.E.G.I.O.N., where I just redid the year number. 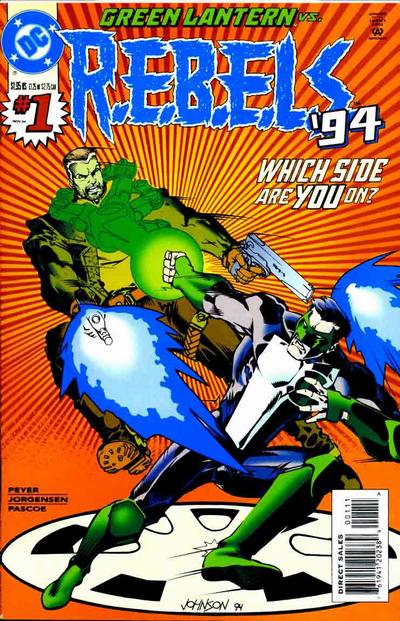 Here’s how it looked on the first issue. the ’94 covers part of R.E.B.E.L.S., but I think it still reads okay. The blue fill is an unusual choice, but works here, I think.