This and following two images © Marvel.

In 1993 I was asked by Marvel to design a logo for this X-Men spinoff one-shot. I have two marker sketches remaining, and no final inked version. This follows the pointy and dangerous mandate from Marvel at the time. I rather liked the way I snuck in the apostrophe between the E and S.

A second version is nearly the same with different treatments of each line. You can see the pencilled note “THIS” pointing to the tagline here, they wanted this tagline below the main logo from sketch 1. 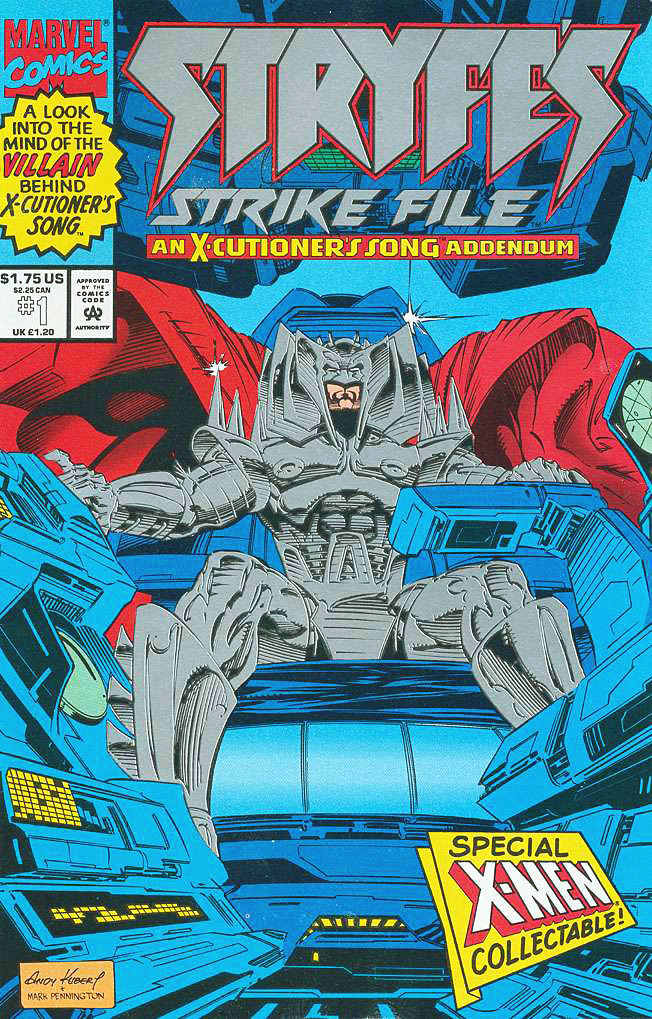 Here’s the printed cover, which had a silver ink fill on the logo and the character’s costume. Not a very attractive look in my opinion. There was a second printing with an even duller bronze ink fill. Note that they pulled the apostrophe up a bit to make it more obvious.

In 1994 I was asked to design a logo for a series that writer Jonathan Peterson was developing with artist Kevin Maguire that ended up in Malibu’s Bravura line. I thought having the letters lean to the left, or backwards from the usual slant, would give it a distinctive look and tie in to the name. Otherwise, this is heavily influenced by earlier Marvel and DC logos I’d done in the recent past.

Sketch 2 was taller, and added a left-leading arrow to the S to emphasize the  “back” idea. The telescoping drop-shadow was narrower to take up last space horizontally as well.

Sketch 3 replaced the telescoping with a drop shadow.

Sketch 2 was chosen, and here’s the final logo inked on plastic vellum.

Jonathan also commissioned this logo for the book’s letters column (remember those?). 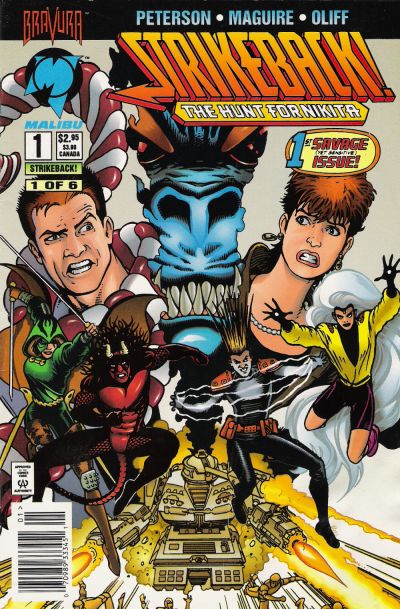 The printed first issue looks good to me, though I’d have preferred to see the logo larger. Once you put in all the trade dress there isn’t much room, but it could have been a little larger than it shows here.

One thought on “Pulled From My Files #87: STRYFE’S & STRIKEBACK Logos”