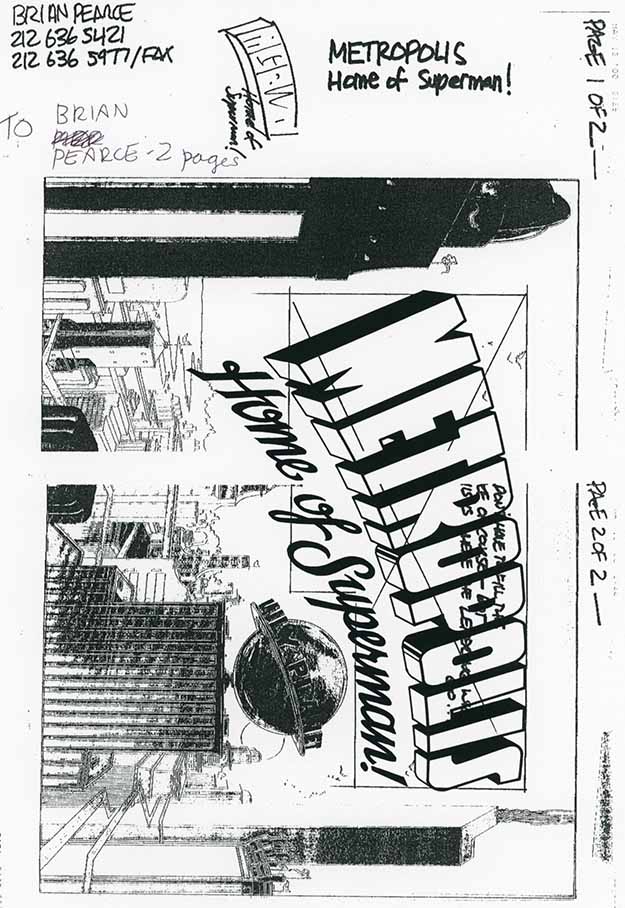 In 1998 I was asked to design logo-style lettering for a promotional postcard advertising the four-issue series SUPERMAN FOR ALL SEASONS. Here’s a tiny thumbnail layout from DC’s Brian Pierce, top, and the art for the postcard with my lettering laid over it in Photoshop. This is what I sent back to Brian to show how it would work on the art. 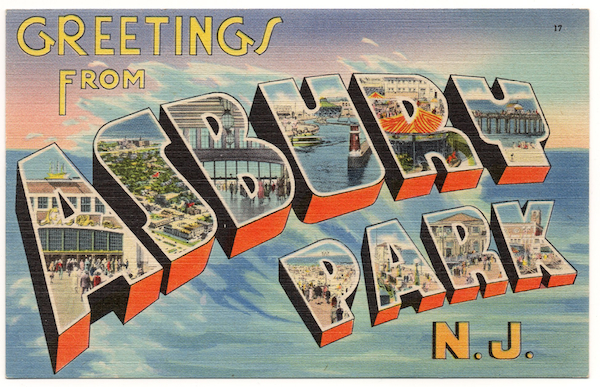 The idea was to imitate a very popular style of postcard from the early to mid 20th-century where large open telescoped letters of a place name were filled with images of that place. The Asbury Park one above is an example I remember from my own childhood. 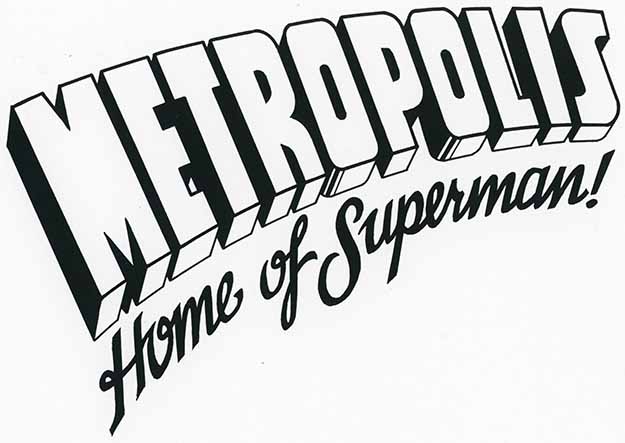 My version used that style for METROPOLIS, which is of course also similar to the Superman logo, and added the tagline in script below. I thought it worked well, as did DC, and they accepted it. 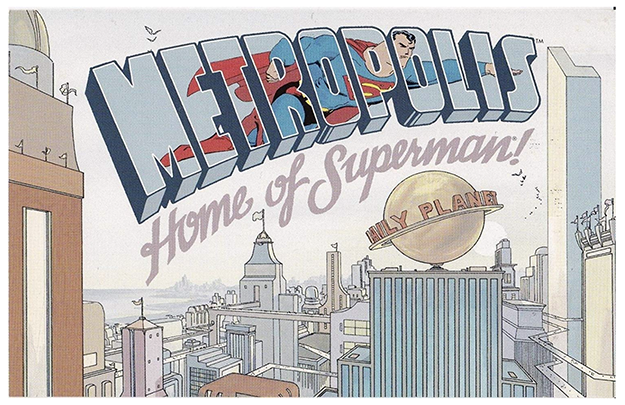 Here’s the front of the postcard. Looks fine to me, whether you get the reference or not. 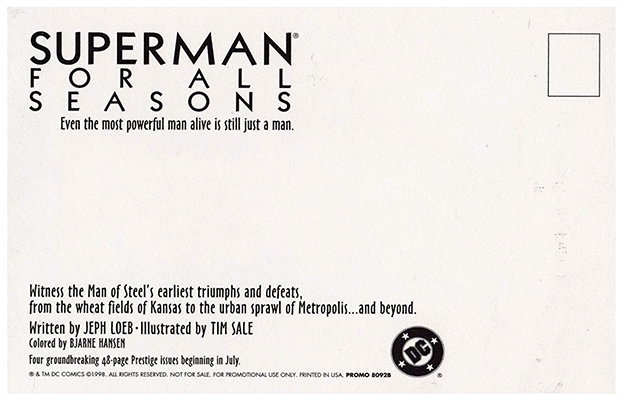 The back of the postcard has all the relevant details and is copyright 1998. I wonder if any of them went through the mail? I don’t know if the postcard appeared in the collected edition, as I no longer have it, but it probably did. A fun assignment!