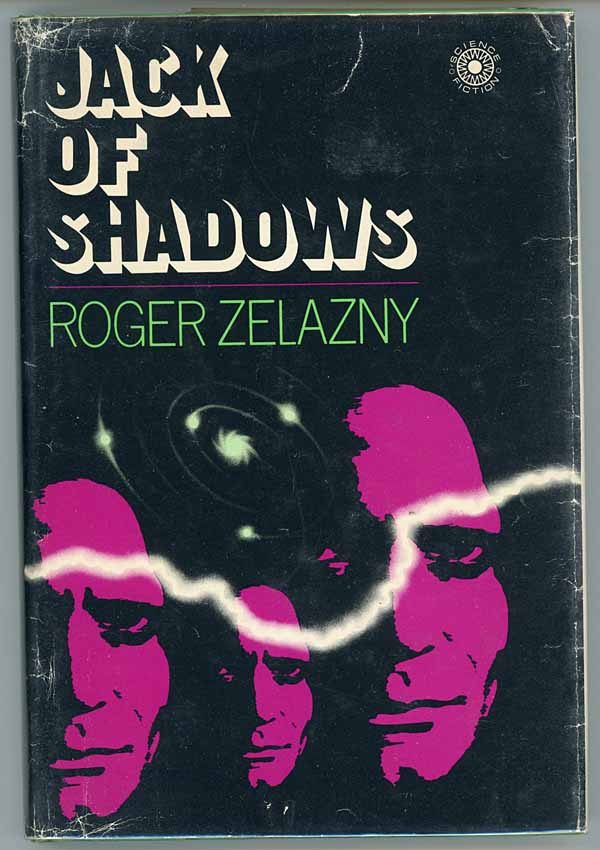 There was a time in my twenties and thirties when my two favorite authors—Tolkien and Heinlein—became a triumverate with the inclusion of Zelazny. I adored his writing, first found in the science fiction magazines I was then reading, soon followed to his many novels. While I no longer put him at the very top of my favorites, I still love his writing. This is one I don’t think I’ve reread since it came out in 1971.

Zelazny posits a world where one side always faces the sun and the other is always sunless, like Mercury in our own solar system, but powerful forces keep the weather from becoming as extreme as Mercury’s. The light side is ruled by science, the dark side by magic, and in the twilight lands between the two are ever at odds. On one twilight peak sits the giant being Lucifer, fallen angel doomed to imprisonment there until he finally sees the sun. We learn little of the sunny side in this book, but the dark side is not unlike Hell in many ways, broken up into kingdoms ruled by those dark beings with the most power, and ever in conflict.

Jack, the protagonist of this story, lives and thrives in shadows, and is part of neither side. Like denizens of the dark side, he has many lives, and as the story opens, some of his enemies and rivals kill him, sending his essence to the darkest, most horrible part of the dark side. There Jack will have to try to find his way back to the twilight lands, where his power lies. Without shadows, he has none. During this long, difficult journey he vows revenge on those who have put him there, and perhaps on his entire warped world. Lucifer, his only true friend, offers advice: the answers and power he seeks might be on the sunlit side if he can make his way there.

Rereading this now, I found it seemed more like the fantasy version of a film noir crime thriller than a more typical fantasy. Jack is constantly abused, troubled, beaten down, but his singular will keeps finding a way forward. Friends and lovers are means to an end, even a dire curse-beast put on his trail can’t stop him. It’s a fine read with a surprisingly dark ending that somehow seems right all the same. Like Sampson, Jack is quite willing to pull his world down to destruction around him to gain his revenge.