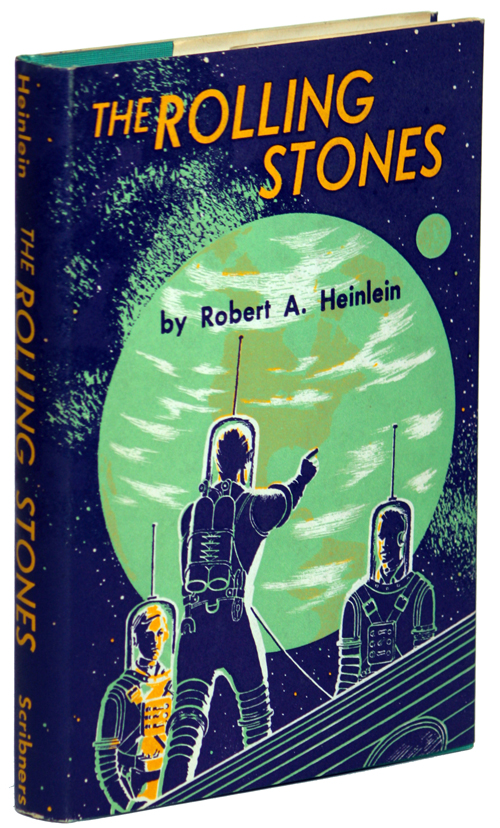 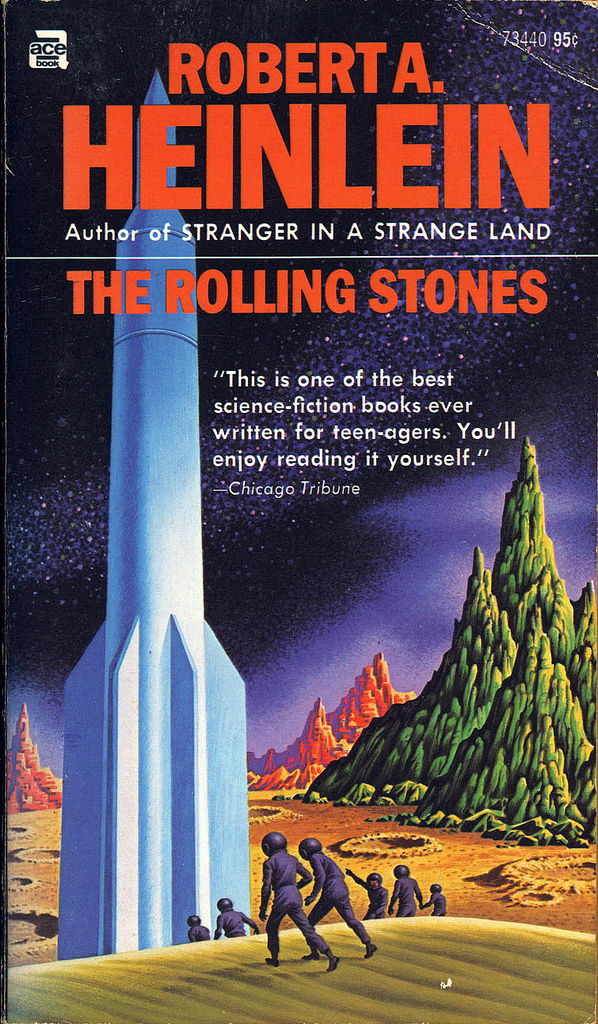 The top image above is the edition of this book I wish I owned, the original hardcover with excellent cover art and illustrations by Clifford Geary. The one below is the actual paperback I own with cover art by Steele Savage.

The “Heinlein Juveniles” are a series of twelve novels for children written by Heinlein and published by Scribners from 1947 to 1958. A thirteenth book was rejected and published elsewhere as an adult novel, “Starship Troopers.” I like all of them and love some of them. This is one of the latter.

The Stone family are residents of Luna City on Earth’s moon. We first meet twin teenage brothers Castor and Pollux as they consider how they might buy their own spaceship and use it to begin an interplanetary trade business. The fact that they are young and still in school does not deter them, but the prices of used ships does. Back home, they try to sell the rest of the family on the idea, and we meet their father, Roger Stone, their mother Dr.Edith Stone, their older sister Meade, their baby brother Buster, and their grandmother Hazel Stone. One of the best parts of this book are the family dynamics and snappy dialogue in scenes like this, where everyone is angling for what they want and what they can get from their patriarch Roger. These are all very smart, and very manipulative people, and everyone has a particular technique. It’s also quite funny. In the end, Roger Stone decides that buying a spaceship for a family travel adventure is not such a bad idea, and after a lot of preparation and training, he does so and the family heads for Mars.

That’s just the beginning of this epic journey that also takes them to the asteroid belt. Along the way, they must find a solution for Buster’s severe space-sickness, Dr. Stone is needed to treat an epidemic on another ship that puts her in quarantine there, The twins’ trade cargo for Mars is first jettisoned, then recovered, then landed on Mars, then found to be nearly worthless…or is it? Later, the lives of grandmother Hazel and young Buster are in danger as their small transit craft goes way off course.

Perhaps the best section of the book involves Flat Cats, creatures native to Mars that resemble furry pancakes. They love body heat, purr appealingly,and will eat almost anything. Buster wants one for a pet, and brings it on their trip to the asteroid belt. It turns out that if fed well, Flat Cats are very reproductive, and soon the ship is full of them. If any of this reminds you of Star Trek’s Tribbles, it should. I’m sure Flat Cats were the inspiration for them.

One other note for Heinlein fans, Hazel Stone appears as a teenager herself in the later Heinlein novel, “The Moon Is A Harsh Mistress.” It’s not necessary to have read that to enjoy this book, or vice versa, but if you read them both there are some interesting connections.

A fun read, and a great introduction to real science fiction for young readers, even if some of the science is now outdated. (No personal computers for instance, and calculations are done with a slide rule, if you know what that is…)

2 thoughts on “Rereading: THE ROLLING STONES by Robert A. Heinlein”