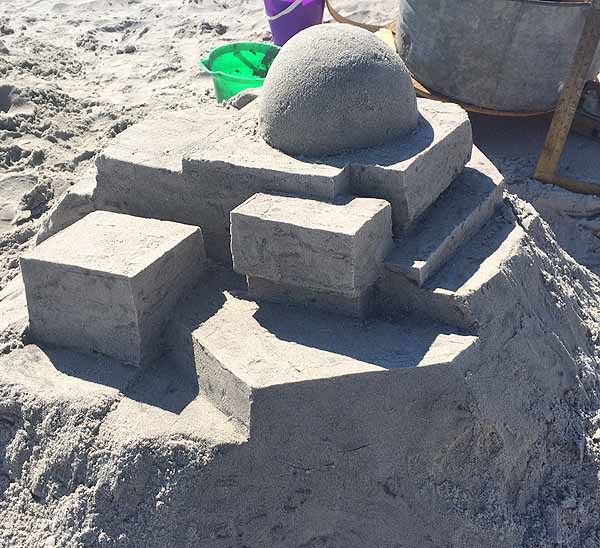 My friend Tim (since 4th grade!) was here this weekend, and as we like to do, we spent much of the weekend doing sand sculptures at the beach. In 2015, Tim discovered the work of sand sculpture wizard Calvin Seibert, go to the link to see his amazing work, and since then Tim has been trying to emulate Calvin’s methods and concepts. This year on Saturday he did quite well with that, as seen above. The hemisphere was made with the help of a special tool called a Willy Sphere, with different sizes that make different size globes of sand. The rest is all Tim’s hard work, patience and skill. 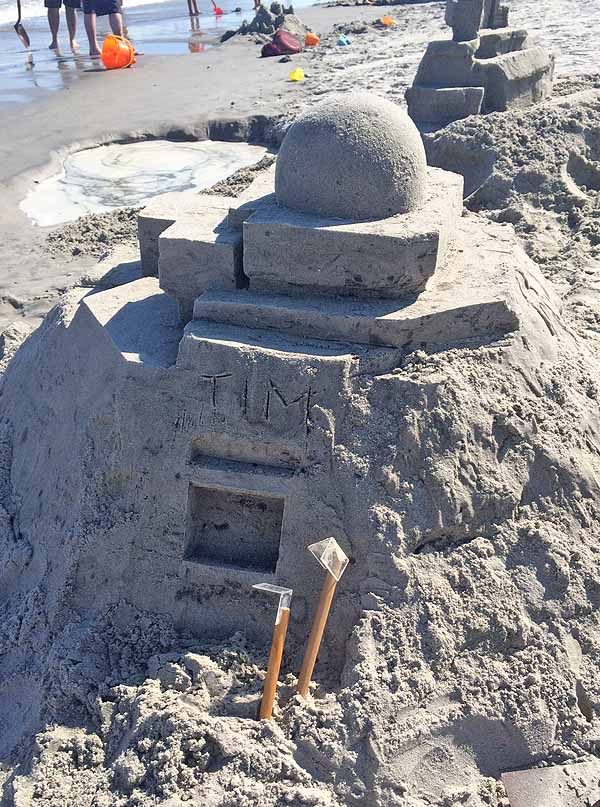 Later in the day his sculpture looked like this. Two of Tim’s home-made tools are seen here, new this year. 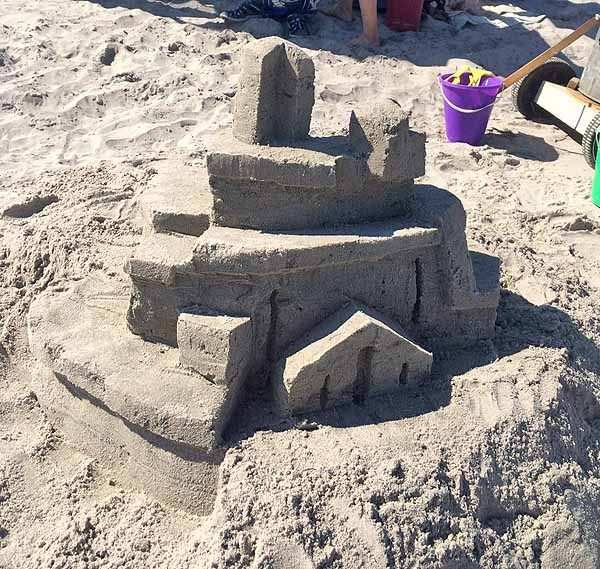 I also tried to do something in the Calvin Seibert line, but it’s not nearly as good. I don’t have the patience, skill or tools to do it as well, but I had fun with it anyway. 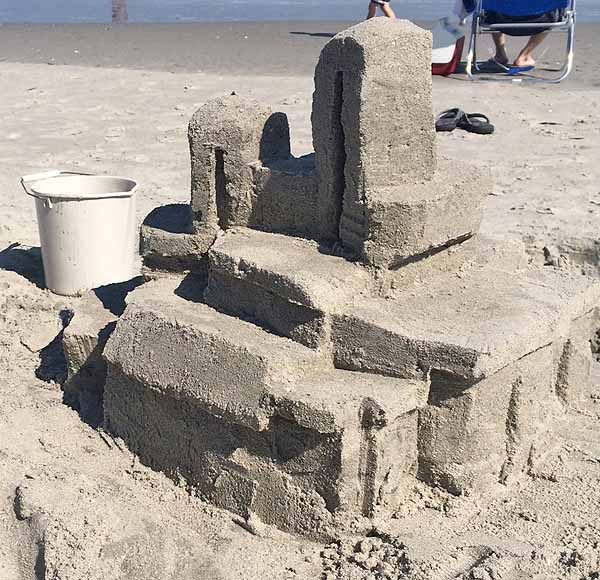 The other side, which Tim thought looked like a Spanish mission. 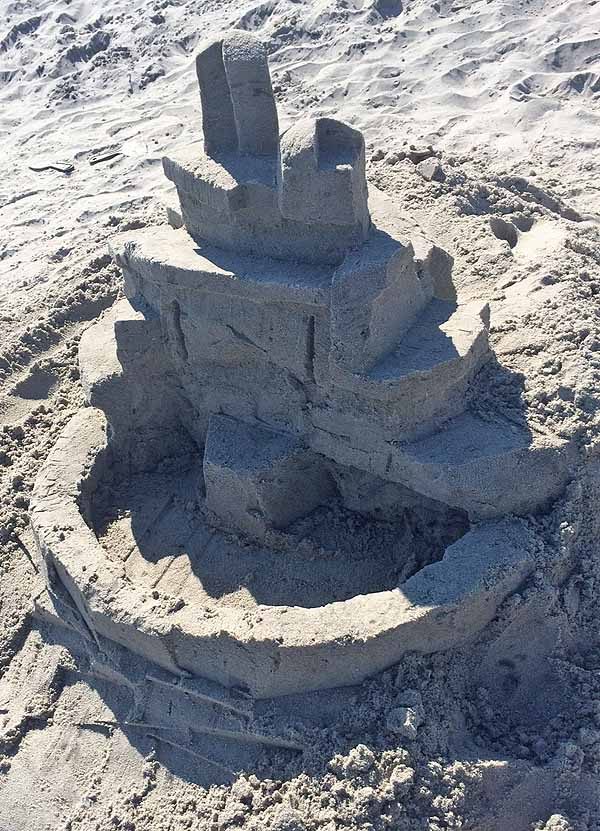 Later in the day my sculpture looked like this. The dormered façade fell, and I then added a wall. 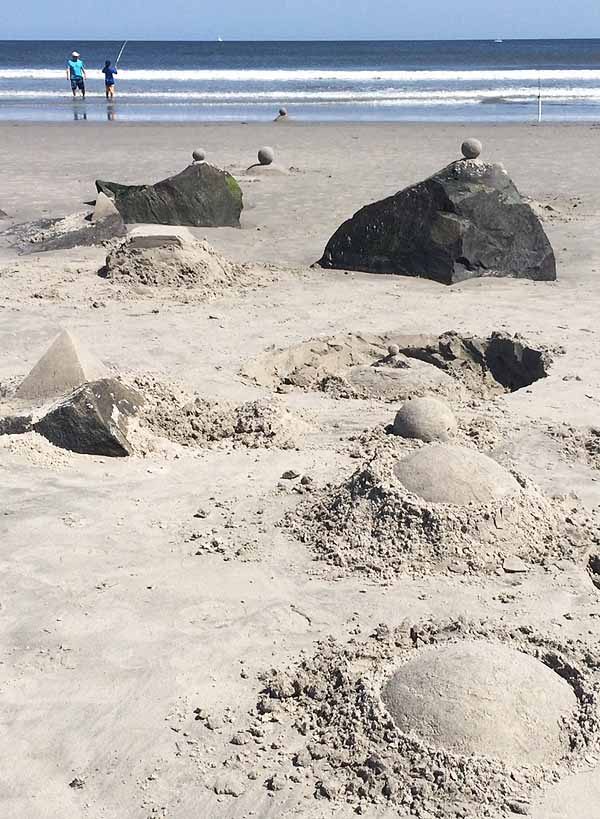 On Sunday we were back near some rocks, all that shows of a buried jetty. Rather than large structures, we decided to decorate the rocks and surrounding sand with smaller structures, mostly simple geometrics. In the front here are partial spheres made with the Willy Spheres of different sizes. 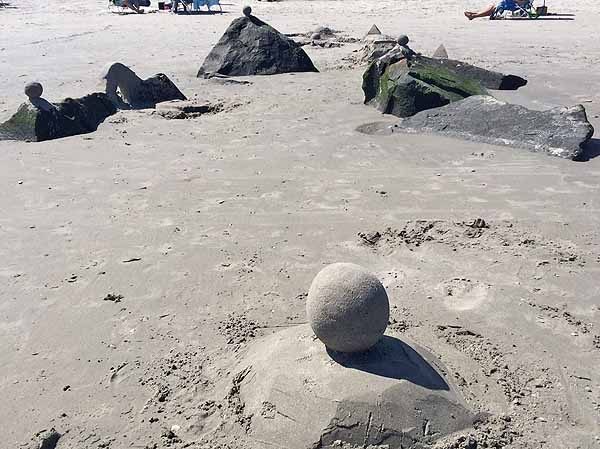 Looking from the other direction with Tim’s largest and best sphere closest to the water. 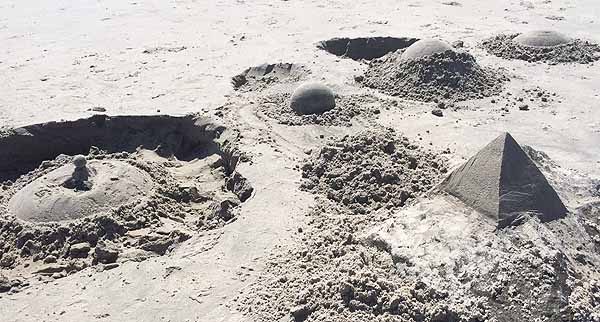 This shot reminds me of a moonscape, specifically the one in the film 2001 where they were excavating the monolith. 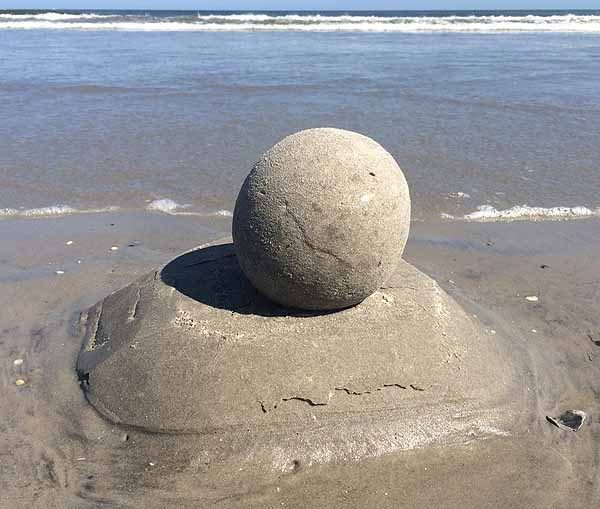 Here’s that ball of Tim’s as the waves moved in. 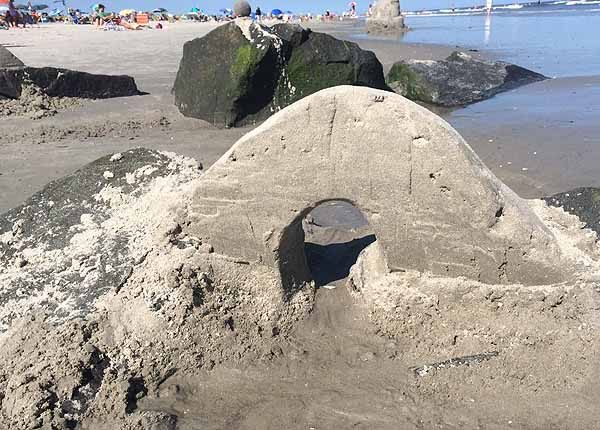 And the arch I built between two rocks just after a wave put water through it. Shortly after this, it fell to a higher wave, and we left the rest behind as we headed home. Always fun to make things with Tim at the beach!