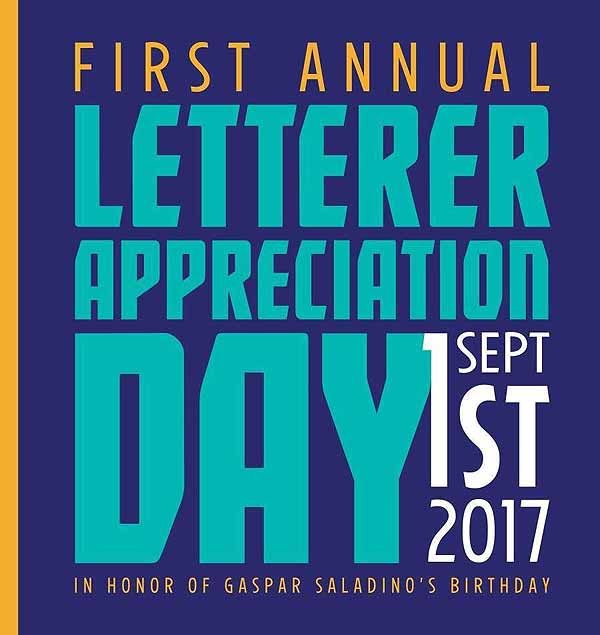 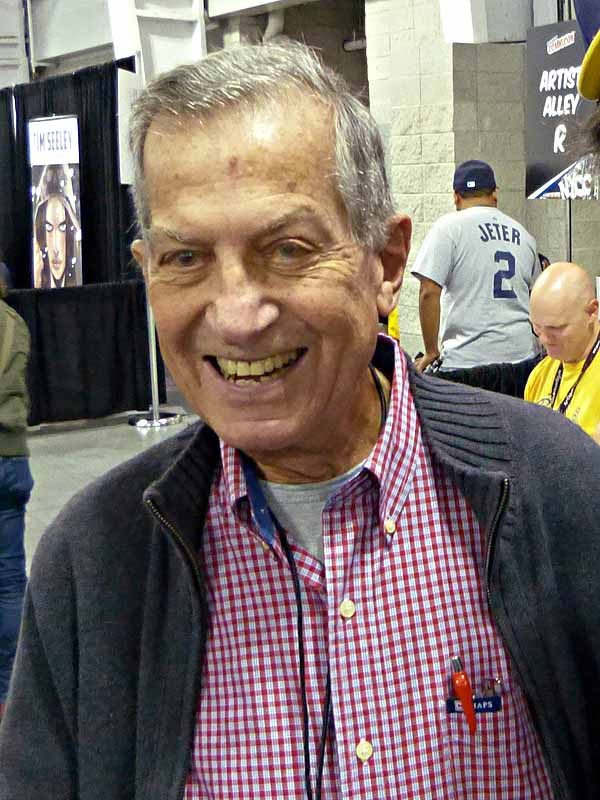 I’m not sure whose idea Letterer Appreciation Day was, but I first heard of it from letterer Pat Patrick Brosseau and letterer/font creator Nate Piekos. Of course I heartily approve, especially since the date honors the birthday of my late inspiration, role model and friend, Gaspar Saladino, seen here on our last meeting in 2014. Below are links to previous articles I’ve written about his work, in some cases just the first of multiple parts.

NYCC 2014 with Gaspar Saladino and friends