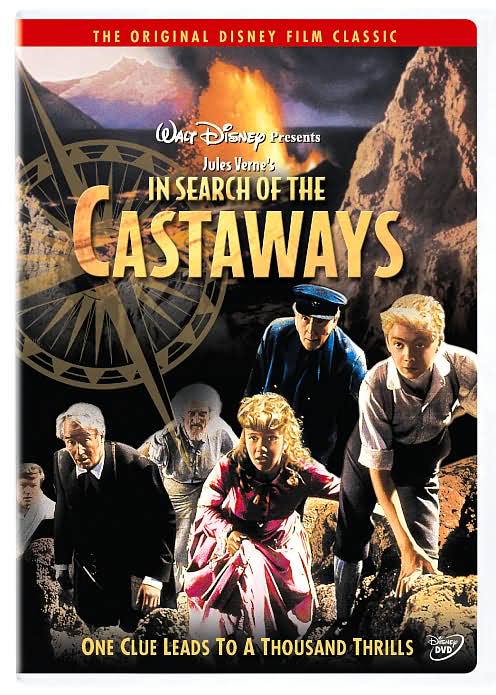 I remember liking this live-action Disney film when I saw it at age 11 in a theater, and after reading the original book, I wanted to see it again. The film has its flaws, but both Ellen and I enjoyed watching it.

The book is quite long, and the film is well under two hours, so I expected it to be much abridged, and it is, but the script does a good job in the time allowed. For starters, headliner Maurice Chevalier as the Frenchman Paganel and co-star Hayley Mills as Mary Grant, daughter of the missing Captain Grant they are searching for are teamed up from the beginning. In this version, Paganel has brought Mary and her brother Robert (Keith Hamshere) to the steam yacht of Lord Glenarvan with the message in a bottle he’s found telling of Captain Grant’s shipwreck. Lord Glenarvan (Wilfred Hyde-White) is dismissive and skeptical, but his son John Glenarvan (Michael Anderson Jr., not in the book, but essentially replacing Lady Glenarvan) is attracted to Mary Grant and sympathetic to her desire to find her lost father. He convinces his own father, Lord Glenarvan, to undertake the search for his lost Captain. (Unlike the book, Captain Grant worked for Glenarvan in the film, which ties them together nicely.) 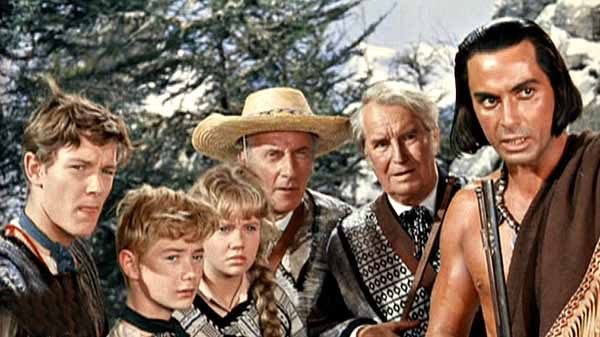 The story cuts quickly to the first adventure in the Andes of South America, where an avalanche becomes a Disneyland ride with effects that look pretty silly today. Excellent background paintings by Peter Ellenshaw in this film, but some other effects seem poorly done by today’s standards. There are more adventures in the pampas of eastern South America, including the group being stranded in a giant tree by a flood, one of the best moments of the book, and handled well in the film. 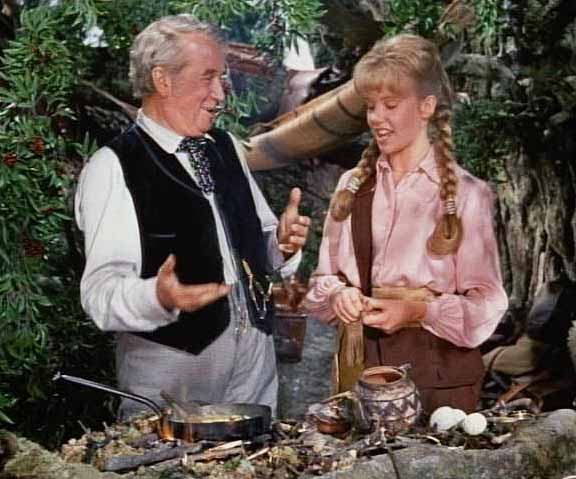 This is not a musical, but there are a few songs for Chevalier and Mills by the Sherman Brothers, nothing very memorable or helpful to the plot, but entertaining enough. Soon the story moves on, skipping most of the Australia third of the book except to introduce villain George Sanders as Thomas Ayerton, former shipmate of Captain Grant, who promises to help the search party, but has other nefarious plans. The finale takes place in New Zealand, and involves laughable Maori warriors and a volcano, which again has poor effects by current standards (this was a Disney B-picture, so budgets were constrained). Wilfred Brambell is entertaining as a half-crazed shipmate of Captain Grant long held prisoner by the Maoris, who helps the party escape them.

In all, still fun to watch. Hayley Mills was not only charming, she was an excellent child actor, and it’s easy to believe each character she portrays, at least for me. Chevalier is also fun and entertaining. The rest of the cast is pleasant enough, but those two are the standouts, and deserved their top billing. So, while the book has lots more story, the film is not a bad abridged version.